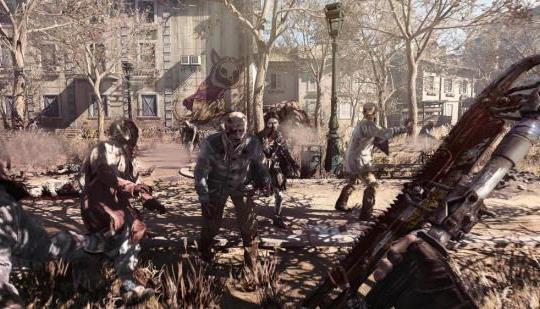 Dying Light 2 Post-Launch Support to Last at Least 5 Years, Xbox One Gameplay Out Later This Month

Techland gave a guarantee that Dying Light 2 post-launch support will last for at least five years! Xbox One gameplay footage out later this month.

Oh wow, so a developer saying they will support the game for a long time and people still complain?

Yep. Indeed. I fail to see this as anythig but good news. If you're in anyway familiar with DL1, you know Techland is good for this guarantee.

whats the complaint even here, lol

they are going to support their game for as long as they have for DL1. a vast majority of its community likes that news

Not a complaint, I just find their claims about the longevity of this game exaggerated and pointless. This isn't a MMO game, I want to hear how fun the game is, how good the story, the quality of the side quests (which was not good in DL1). 500 hours playtime and 5 years of support seems both hyperbole and is pointless if the game's mediocre!

I mean, would u really believe them if they came out and said this game is fun, goty material, story grade A Oscar worthy?
Why set themselves up like that.

These things are specifically targeted for the current player base of 1. If the games good, then knowing it’s going to get the same kind of support as the first is great. Seems like you haven’t been paying attention to how they’ve handled post launch support before

Are you really complaining about about a developer supporting their game for years to come? Make that make sense.

wow chill people, I am not 'complaining' I just find their claims a little bit exaggerated and funny. 500 hours and 5 years are the stuff of MMO games and the likes not a single player zombie game.

They supported the first one for just as long. The first title also a hefty amount of content compared to other titles. You can easily put 100 hrs plus in the the first title..not to say we're getting 500 hrs of content:

I don't see his comment as complaining. He's taking a poke at the devs who said it would take 500hrs to complete the game in full. Like, upon release

Where have you been living? Under a rock? They supported dying light 1 in a similar manner and that's a fantastic game.

Thankfully it's not an MMO..as if that would matter since it's the quality of content that matters....whether that's 10 hours or 500

Hopefully Dying Light 3 will be out before 5 years

Not surprised, they still roll out post game support for the first game

Let's just hope it turns out good. The first is great, but the second had a pretty dodgy development cycle. Their plans for dlc will definitely lean on the performance of the game, itself.

Techland is not CD Project, when it comes to Cyberpunk 2077. Their Dying Light 1 is already good and part 2 is building up from that success. Dying Light 2 is going to be miles better than Cyberpunk 2077, the game actually has wall running in it too. Remember that canceled feature that never made it to Cyberpunk? Well it’s in Dying Light 2, 500 hours of content and still can play everything in coop from beginning to end! No other game has achieved that! This is a game that is going to be worth the $70 dollars 💵 It’s feature complete, and they still have more DLC, seasonal events and etc to sink your teeth 🦷 in! What more can we ask?

I'm just saying you can ne excited, but be cautious about it.

I want the game to be great, but the development of it definitely threw out a red flag.
You also have the issue seen time and again, when these developers find their breakout hit, and overhaul the sequel so much it feels fairly dissimilar to the original, and old fans get turned off of it. That or they throw in so many new mechanics to make it feel like a true "sequel" and many come out looked over and half baked.

I'm not hating on it; I want it to be great. I've put a lot of time into the original over the years.
I just don't want to see this be a bunch of people's Cyberpunk, where a bunch of hype was built on past works, just to disappoint.

Don't count the chickens before they hatch.

Oh just like the first game Dying Light 2 will definitely be well optimized for PC! Part 1 was one of the best optimized games ever made on PC! Part 2 will be GOLD!

LOOK AT THAT ROAD MAP! BELIEVE US~!

So where is the crossplay and crossgen...

The Most Evil Video Game Endings