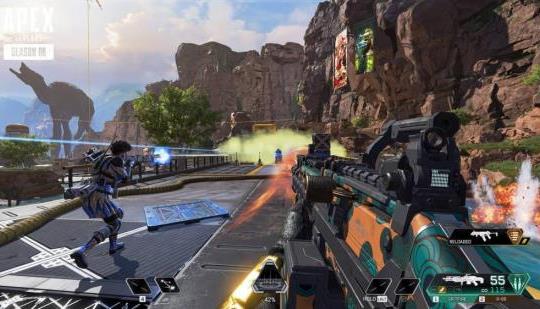 Respawn is losing all it's OG devs. So sad, they revolutionized fps gameplay several times over. First with COD 4 Modern Warfare that really kicked off that franchise and then completely revamped what movement mechanics could look like in competitive fps with Titan Fall and then Apex. And they really revolutionized the Battle Royal genre as well in apex with the team aspect, Hero abilities, and the innovation of the ping system that every shooter cannot launch without now. They were also the first to successfully implement story and lore to the genre. Almost the entire OG team is gone now I think. I am sure there are still talented people there, but it will be hard pressed to find that kind of magical run again.

A moment of silence for rEAspawn as EA sends another talented studio to the graveyard along with.. I've lost count now.

Nah this one's on Respawn. Since they said they were the ones that wanted to make Apex, and so their shift to focus entirely on Apex has made them abandoned TF. Im sure the direction they've decided to take has made many within disappointed so I'm sure some will leave slowly

Another EA studio circles the drain.

“EA has warmed up to the idea of single player games.”
I hope so. Jedi fighting back against the empire lol.

As the dude who made the All ghillied Up mission he will probably be an asset wherever he goes. Hopefully a smaller, hungrier team. That ghillie mission is probably still my favorite military game mission ever but I’ve never heard of him before. Best of luck to this guy.

1h ago
Newsthexboxhub.com
150°Heating Up11