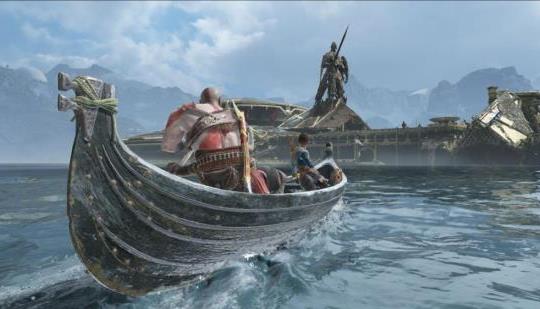 From PC Gamer: "I was one of those people that scoffed at Dad of War when it was announced. I thought we were getting The Last of Us with an axe, but instead, we got a fully-fledged RPG with tiered loot and skill trees expertly weaved into a story about power, violence, and bad parents. It's an impressive departure from the edgy slaughter fest that this series used to be and a necessary change if it was going to come back at all. The mountain of money, talent, and time it took to reboot this 2000s relic into something worth existing today is evident in every moment. Four years later, God of War is still a triumph. "

I’m pretty excited to see the amazing mods the community will create.

You have no idea

I'm glad he at least realized it's an RPG. It's not a story about "bad parents" though. It's a story about trying hard not to pass on your worst attributes on to your children. (Easier said than done.)

Imagine the gut wrench if Kratos must eventually kill Loki.

"It's a story about trying hard not to pass on your worst attributes on to your children."

You mean something bad parents are notorious for doing?

Every parent is a bad parent if you want to put it that way.

Every parent is notorious for passing on their worst attributes? That doesn't map on to my reality. The point I'm making is your description of what he's saying (that you disagree with) neatly folds into what you think the story is about anyways, so I don't get the contention.

That excerpt is damn on the money. It was my game of year in 2018 simply because it cannot be understated that they faithfully rebooted a classic series into something that felt fresh and weighty (literally) while still feeling familiar and honoring the story of this formally one-dimensional character. I loved the old GOW games but this felt like a much needed and ambitious reboot. Glad more are able to experience it.

Yes, it takes talent to take a successful franchise and turn it into another success after changing as much as they did. Lightning struck twice in the same location.

PC bros, I love this game you need to buy it. The only bad thing I can say is that it feels like half of a story. That could just be me wanted more though lol.

I played this game so much that I had no urge to play it again on ps5. I haven't played it or wanted to play it since I beat it. Which is weird to say about one of your all time favs. It’s one of those games that you beat and you are satisfied, like control. I exhausted the content thoroughly lol. When I beat the final Valkyrie I was DONE.

It’s one the few games in my all time favs that I don’t wish to play again lol. I want to wait and play the finished story again, I guess. I don’t want to hit the same cliff hanger.