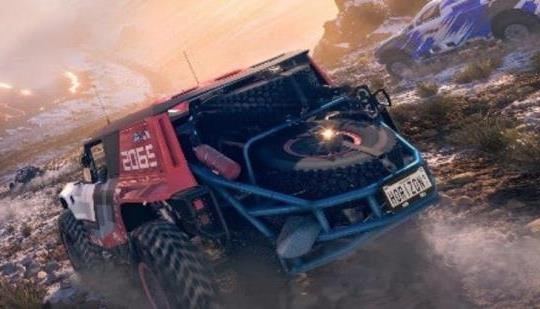 VGChartz's Christian Evans: "With Gran Turismo 7 slated for early 2022, and no sign of a new mainline Mario Kart thanks to the continued ‘insane’ sales of Mario Kart 8 Deluxe, Xbox flagship title Forza Horizon 5 emerged as the clear favourite as the pinnacle of 2021 racing games. Despite being denied a titanic battle between the platform holders' racing jewels in the crown yet again, a number of other titles showed up to compete.

Hoping to give one of the genre's behemoths a run for its money were the officially licensed editions of F1 2021, WRC 10, and MotoGP 21, banking on their faithful recreations of motorsport's current finest tracks and drivers. Keen to surprise these well-established racers were the ostensibly more playful, arcade racing experiences of Riders Republic, Cruis’n Blast, and Hot Wheels Unleashed, who were themselves pushing for a podium finish."

Adhttps://www.releases.com/?utm_source=n4g&utm_medium=native&utm_campaign=c1
- Comments (0)+ Comments (0)
TopNewestOldest
The story is too old to be commented.
60°5

How Hot Wheels Unleashed harnessed the power of a niche