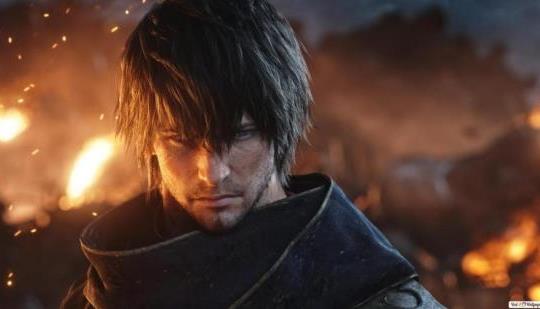 Immersed Gamer writes: "The latest Radio Mog Station live broadcast took place on January 9th. The guest for this installment of the Final Fantasy XIV-oriented news podcast was none other than Naoki Yoshida, the game’s director. Yoshida, or Yoshi-P as he is referred to, made a plea towards FFXIV players to stop being so toxic towards the game’s developers during the broadcast".

immersedgamer.com
Yoshi-P Asks Fans To Halt Toxicity Towards FFXIV Developersexputer.comexputers
- Comments (31)+ Comments (31)
TopNewestOldest
Expand all
The story is too old to be commented.

good luck on that. Toxicity is not going anywhere in games, sadly

Seems like toxicity on the internet as a whole, and pretty much everywhere, isn’t going anywhere anytime soon.

I think it's getting worse though, as the years pass, the toxicity just seems to increase, I don't remember it being this bad 5 or 10 years ago.

Finally someone speaking about the so-called "best community", it's the cherry on to that it's the game director

He should be able to distinguish between the developers and the greedy publishers with NFT goals in mind.

It is Toxic but not nearly as bad as ANY other mmo. FFXIV's community before the free trial and huge ad-campaign for it was by far and away the most friendly/non-toxic/helpful video game community I've ever been a part of. I know it's become a meme but Felix is right, the WoW refugees have hurt the FFXIV community by bringing their toxic attitudes to the game with them.

Context.
From what i understand he was talking about JP players who were mad about the current state of SAM job and were being toxic in the forum and targeting Dev.
Western players are in the clear for this one this time

Love the guy but it would certainly help if his boss didn't talk up NFTs.

That is Square-Enix unfortunately, but Yoshi-P is a great guy, especially since he was able to recover that train wreck and make it into A Realm Reborn.

There will be a cure for covid before there's one for toxicity...

Yoshida is the reason why xIv is xIv today. He saved it and cause the rarest thing in the industry -maybe very unique case-, which is coverting very bad game to one of the most successful game ever that still getting rewards globally. As well, he is the reason why XIII didn't delivered as it was showen in trailers and never meeting its potentials. Also, he is reason why we didn't get Versus XIII (he pulled the whole team and spreading it around to develop other games for 4ish years), until he decided to flip the game around and changing the project to XV and replacing Nomura who didn't even had a chance to have full team.

What does FF13, Versus and Nomura have to do with Yoshida?

My bad thought Yoshida the CEO.

I don't get this comment at all. XIII being disappointing is former president Yoichi Wada's fault and Nomura was replaced by Hajime Tabata, both no longer at the company and haven't been for years now. The whole NFT thing is current president Yosuke Matsuda's fault.

Yoshida is actually one of the FEW who are respected at Square as he constantly delivers and is heading XVI right now.

This thing is totally unreal, I got confused between Wada and Yoshida.

It's easy to be tough when the person isn't in front of you...

When your conpany is doing some sh*t it's not a surprise that community has some negative feedback for you.

The people that carry out orders to predate other people through MTs and NFTs are also a part of the problem. Unfortunately, everyone needs a job, so if it is their job to design games to drain people of their cash and take advantage of people, then unfortunately they would have to expect some level of toxicity, after all devs and publishers are a team. Let's not pretend that talented devs could not make any money deving games that don't take advantage of people, they just would not make the same amount of money. However, the not so talented devs would probably not have this option.

All in all, Devs are not innocent in the context of a team. They make a decent amount of money and will design predatory games to keep making their money, which is a reality of life. They are not innocent. Of course, they don't deserve threats of harm, but a good amount of "toxicity" (criticism) should be expected.

Do you people who thought it was about NFT even read the article?? First of all it's the Japanese fanbase who were angry. Second it's about the FF14 game. The delay of thy Endwalker expansion, balance changes in-game, combined with the lack of quality of life changes that the Japanese community asked for.

Japanese gamers don't give a f**k about the NFT subject

It sucks. There is no basic decency anymore. No patience. It's not like there is just a switch they can flip that fix all of the issues.

FFXIV; Housing Lotto Fix is on the Way, Per Producer