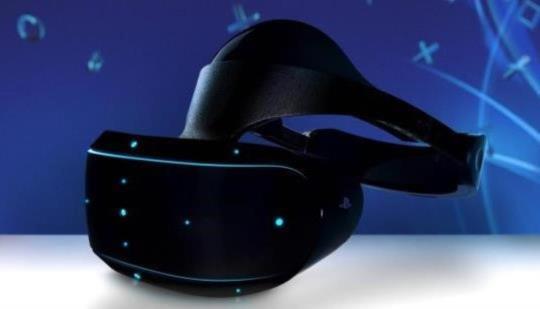 Immersed Gamer writers: "The PSVR 2 reveal by Sony is a great way to begin 2022. It is very exciting to speculate about the mind-blowing ways it is going to elevate videogame immersion. What kinds of wild features and games will PSVR 2 have in store for us? Before we have anything concrete our imaginations will have to fill in the blanks for us.

And this is precisely what we have in store for you today. We would like to slide down that rabbit hole of magical wonder and make our wish list for the PlayStation VR 2. Who knows, maybe if we are all good boys and girls some of those might become real in the future! "

immersedgamer.com
- Comments (25)+ Comments (25)
TopNewestOldest
Expand all
The story is too old to be commented.

It's up there with the best so far and more people having access to it would be awesome.

Even better is that PSVR2 could actually see improvements to the game, if they feel inclined to put the effort in. Either way, it will be welcomed.

Unfortunately VALVE and Sony doesn't seem to have good relationship, but I hope money speaks loud enough for valve to still publish they title on ps5s vr2.

Valve did put both the Orange Box collection and Portal 2 on ps3. Plus portal 2 had crossplay with pc.
They may well bring HL alyx over. And I hope they do.
Also I don't see why most titles currently available on the both quest and pc wouldn't be able to be ported over as psvr2 will have similar style controllers

How did you come up with this? Playstation has a page on steam and has released all its pc games to steam. And valve has released its games on playstation. . Maybe your to young to remember but sony paraded Gabe onto its stage at an e3 awhile ago.

@jukins - I've seen him say more things like this, but you'll have to do your own research

Gabe Newell really hates the PS3. In a recent interview with Next-Gen, he blasted Sony's system due to its frustrating architecture, calling the system "a waste of everybody's time. Investing in the Cell, investing in the SPE gives you no long-term benefits. There's nothing there that you're going to apply to anything else. You're not going to gain anything except a hatred of the architecture they've created."

I don't see why Valve can't port it over to the PSVR2. They're not in competition with the PS5 and the game has been out for a while now

Upon quick search. I somniac have made 4 be games.so far. :

Some of these could be good but they are Oculus Rift exclusive. Not sure of that's a 1year timed deal or Oculus own the games.? Anyone.?

Stormland was the best of the bunch. That had the most money & development time behind it, but still wasn't quite the "full AAA" title you'd have expected. Still, one of VRs bigger quality titles to be sure.

The rest were almost experiments. A lot of developers were figuring out what worked & what didn't, what people liked & what the market didn't care for in the earlier days. These were definitely smaller titles closer to VRs commercial infancy.

- Edge of Nowhere was a fairly standard 3rd person action adventure game, didn't take huge advantage of VR. Still fun to see games in this perspective - diorama-ish, like Moss. Decent atmosphere.
- The Unspoken was a competitive game, I didn't play this personally. I heard it was well received, but of course as early as it came out it had issues with sustaining a playerbase. But this took better advantage of being in VR.
- Feral Rites was a brawler, another I didn't play. By all accounts, another mediocre affair that didn't take much advantage of being in VR. I'd wager this was their least-liked title of the bunch.

Stormlands is the closest we got to seeing Insomniac flex in VR, but I think they could do better if their entire studio were focused on a sole VR title. Stormlands is also the one worth bringing over, but given it is an Oculus funded title, the odds of that seem slim. I don't believe any titles that were Oculus funded ever found their way to another platform.

I could actually see Meta bring all of its Rift Store games over to PSVR2. Considering they need a high end PC to run them they have a pretty limited market right now. Could be lucrative to jump on the launch hype of the PSVR2 and get a bunch more sales. Especially considering they've said they're done making Rift Store games and focusing on the Quest games more now

- Medal Of Honor: Above & Beyond
- Star Wars: Tales from the Galaxy's Edge
- Half-Life: Alyx

Is the writer unaware that there already was an Astrobot VR game? They only reference the PS5 game.

I would put money on Resident Evil Village getting a VR mode once PSVR2 releases.

Astrobot, and for me personally I would an incredible space ship rail shooter. Namco could reboot starblade that could be amazing, imagine that in VR!!

Is the author even aware that astro bot was a full fledged vr game before it was a ps5 tech demo?

I so BADLY need a proper Astro sequel!

I think some developers will update their games. Sony would be crazy not to port/update Rescue Mission as it’s one of the best titles ever.

Walkabout mini golf. One of the best VR games I’ve played on steam.

Got it for the Quest 2 and it's superb!

Dev: PS VR2 Controllers Could Be the Best in This Generation; Foveated Rendering Is a Smart Addition

Your Guide to Destiny 2 Season 17