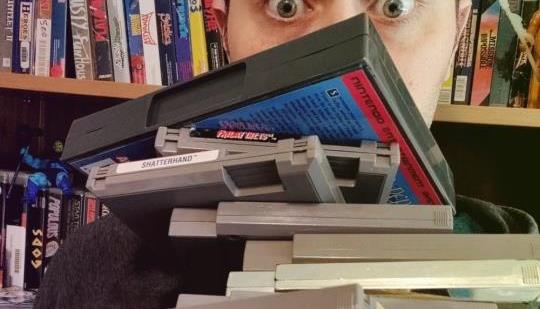 There are tons of great games that have been overlooked in the mass of more popular titles. And I don’t just mean underrated games, either. We’re talking about grossly underrated and underappreciated titles in otherwise well-regarded franchises.

FINALLY someone who acknowledges the greatness of Gremlins 2 NES!! One of my favorite movie tie-in games of all times. I have fond memories of both the game and the movie from when I was a kid. I was playing it again just a couple of months ago, and it still holds up very, very well!

I rarely see people mention Gremlins 2 when discussing great NES games and I love you for that!

*edit - Sunsoft really was a fantastic studio. Another favorite, underrated late NES game from them was Batman Return of the Joker. It was so much better than the SNES version too. Something about it died in the effort towards upgrading the graphics and music. The NES version felt darker, moodier.

Thanks for reading. Always nice to encounter another Sunsoft enthusiast!

Np, great read! I also owned and enjoyed the heck out of Super C back in the day.

I'd also add Metalstorm to my list of underappreciated titles. :)

Nice job. After reading about Xexyx (or however it is spelled) I was reminded of Astyanax and Faxanadu. The names were just otherworldly. But they were tragically underrated as well.

Maybe you should consider a Part 2?

@thorstein Faxanadu is one of my favorite games of all time . I played it so much as a kid I still play from time to time

Kabuki Quantum Fighters was a Nick Arcade classic. Never played it but the name has stuck with me to this day because of that show.

Nick Arcade was legit! I never saw that though.

Not surprised. They usually kept playing the same popular games of the day in different rotations. Every now and then you got a random title like that one. I found the name so odd that it just stuck with me.

With Sunsoft you knew you were getting good graphics and music,

I dont know if its been underrated, but kung fu master was such a awesome game on the nes. Even if it couldnt compare with the arcade version in graphics, the gameplay was so amasing. Awesome sound effects too. Played it for countless hours....

The Best Hidden Gems for the NES