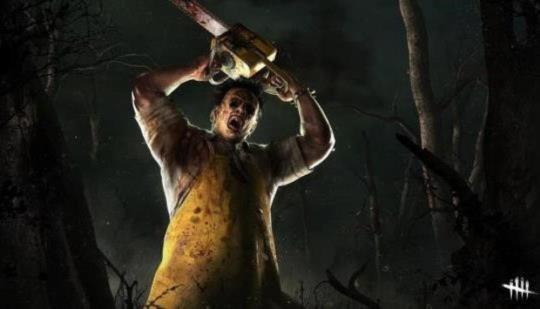 The developers of Dead by Daylight are removing Leatherface's trademark ability to wear masks of other characters.

newsweek.com
Dead by Daylight Leatherface Masks Removed Due to Harassmenttechraptor.netTechRaptor
- Comments (57)+ Comments (57)
TopNewestOldest
Expand all
The story is too old to be commented.

Seriously a Serial Murderer and you are worried it's racist because of the skin colors? WTF SMH

It's not the skin colors but rather racist players are using them to harass other players. Dumb shit like "hehe I only kill blacks and have the mask to prove it."

So people playing a horror game with people being killed and tortured, are complaining about someone they can mute? smh so many people are getting too soft.

This just in, we're now banning black people playing Call of Duty and all black characters so the 11 year olds won't scream the N word anymore while playing, just so everyone can feel better about less racist language being used during online play, it hurts the feelings of virtue signalling ass hats.

See how this logic goes?

At least they removed the whole thing rather then just play favorites. There was nothing stopping these same people from wearing the white guys face and targeting whites as well. Pretty dumb just because racists exist and exploit certain systems, suddenly makes the whole thing racist. Dude runs around wearing the flesh of his victims, and the first thought these people have is black face. I guess these people aren't just playing as victims in game but in real life.

It amazes me how the mind of a racist works. Do you sit around and think of other races? When it comes time to name your character, clan tag, voice chat, whatever…. Is it a constant battle of how can I make this offensive? I couldn’t imagine living with so much negative energy.

You'd be surprised the lengths people go to achieve a goal.

How does this have more disagrees than agrees? Gaming truly is a cesspit of racists and and misogynists isn't it?

Sure seems that way huh Earl?

Ah. So racism is only a thing because people don't react well to it?

So when I was playing SoT and voted in the brig and called monkey and the N word for example that wasn't real racism right? I shouldn't have reported those guys huh?

Thank you so much for the education! I'd no idea gaming racism was fake and not hurtful. I should wait til what, I'm called the n word irl if I want to complain about racism yeah?

Agreed. I see it everyday with some of the comments on this site.

Maybe you're right DJ. Maybe those kids voted me in the brig and made monkey noises at me and called me the N word because they thought we were friends.
Now I wish I hadn't taken a video and gotten them banned! They were just being friendly!

If only I wasn't so darn sensitive. Racism wouldn't exist if I didn't let it bother me even though all I did was exist in the same game they were playing in when they decided to vtw me in the brig. Somehow I manifested that whole situation right?

Don't lecture me about my experience asshat.. You're angry at the fact that racists were punished, I do not need life lessons from the likes of you.

The world is. It’s best to learn to deal with it until racist people die off. It’s going to be a long time until that happens but this is just silly.

The solution is to remove poc features from a game because some racist morons are saying dumb things?

Should GTA remove POC if some morons run around only killing them?

This is just so stupid. Just report the player or mute them.

DJ you're a small brain if you can't tell the difference in one's intentions when saying something. You clearly know nothing to make a response like this.

Ever play Resident Evil: Outbreak on PS2 when the servers were up? That was ugly, but it was all in the form of chat.

Honestly, I would say that the developers were not obligated to do anything about this. Some people are just hateful and it fascinates me to no end that people can channel their creative sides into something like... this. The developers could have really kept it simple and said "we don't like you, kill yourselves". Depeche Mode more or less did that when the alt right wanted to make their music the official music of the movement.

Anyway, you're not going to make people less racist by punishing everyone for the stupidity of a handful. Freedom of expression and all that, even if you strongly disagree.

What's amazing here is that Deathdeliverer's comment is only about racists, not gamers in general, and yet a high number of people disagree to defend the racists.

It goes to show you the mindset including the class of some of the individuals that are members of this site.

Glad I’m not the only one that noticed that. The defense force came out in full effect.

May as well just pull Leatherface from the roster wearing different faces is who he is. What's next can't use Michael Meyers because his white face mask might be mistaken for a member of the KKK? People get so friggin offended and triggered nowadays its just stupid.

He may murder people, but at least he is equitable about it 🤡

I'm sorry, but this is stupid.

You want inclusivity? They made a character known for what he does in movies do what he does in the game with each playable character white or black. Can't you just ban the racist players and let everyone else who knows this isn't racist, be it whatever race, to just have fun with it?

Harassment sucks, but instead of looking at something that's not inherently racist at all and calling it racist, why are we not instead banning the offenders? You take this out and how are they still not going to be racist in this game?

If you read it it’s not that the mask was racist or anything of the sort. It was all good. People MADE it racist and used it for the purpose of taunting. Nobody just looked at it and called it racist. It’s how it was used. Again, the energy it takes to be racist, annoying, or simply trying to get a rise out of people is beyond me.

Agreed that it’s a waste of energy to be racist. But thats beside the point. Do you think they were right to remove the character?

I would think it’s just as equally a waste of energy to let >1% of a player base ruin aspects of videogames to the point of removing content that isn’t even racial. If they switch over to the Scream guy and roleplaying as Klan members, does that deserve another removal?

You can make almost everything offensive if you really reach.

Yea I read it, which is why I’m asking in my post, “Why can’t we ban the offenders instead?”

Very telling that the commenters here–are angry and outraged over the response to racism, rather than the racism itself.

It always goes this way. People attack the victims because they've been inconvenienced and cannot relate.

Say it louder for the ones in the back 2k4!

Some are, sure. Overall, I don't see much outrage.

Racism bad, in case it needs to be said. But it does set a terrible precedent: if people know that they can get features removed (effectively downgrading a game), they can easily troll games they don't like and piss off the fans. I just don't think we should live in a world where these bratty little internet swines can feel emboldened. It's all they have and that makes them small. To change your game because of their behavior, you're really giving them more influence than they deserve.

@jwillj2k4,
There does seem to be some victim blaming here, but I also think it works for the best when people don't try to come to the defense of victims—and by that, I'm specifically talking about being offended FOR others.

The victims aren't the ones who implemented the solution. This solution hurts them too.

The victims aren't one collective mind either. They are individual people with their own negative experiences. The number of complaints must have gotten so bad that the company needed to do something.

Personally I would've created racist/non-racist game types so if people want to berate (or be berated) they can join the game type of their choosing and move on lmfao. If your caught being racist in the wrong one you're account is banned.

@NickN
It's very telling and sadly, has been that way for some time on this site.

I just came here for the comments...

People are so freaking stupid. Ugh.

The problem is it's cheaper for them to remove the item than it is to find and remove racists. This is where racists win, they know how ready it is to get away and they also know they can just move into the next option once something is removed.

If anyone here has the solution that actually works to deal with these things, fully understanding the costs in reviewing billions of hours of games every year, that is more equitable, please put it out there.

The answer isn't to do nothing, though.

Seahawks DK Metcalf Reportedly Asks To Be Removed From Madden 23