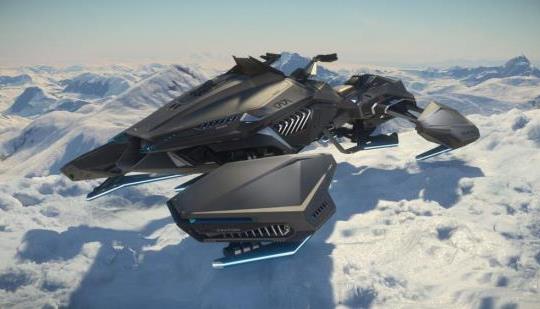 Star Citizen continues to break records and the end of 2021 marked another year of crowdfunding growth for Cloud Imperium Games.

That screenshot was a gift on the christmas event.

Something is not right here.

me think this game will be cancelled the moment people stop funding it.

Theres no incentive to release the game.

They can extend the game development/crowdfunding for 20 years and the devs are hired and fed for that long.

The whales are happy, the devs are happy. Happiness all around.

With so many backers, upon release, will there be enough players left to sell copies to? It seems like everyone who would want to play this game has backed it in some way.

I'm waiting for S42, no interest in the main sim side and not backed a thing, think I am not the only one, but who knows how it will go.

I am interested in the game, but I'm not interested in buying something like this early. Even with all their money, the feature creep and massive scope means a successful completed game is not a guarantee. I almost picked up a pack during the holiday when it was on sale, but opted not to in the end. So I think there will be some, but I've had the same thought. If they want to keep making money on this game, I can't help but fear gross MTX stuff is going to be stuffed into this game in the end.

I'll wait until it approaches at least a somewhat feature-complete - or at least more feature rich than it currently is - version of the game is available to play. Given they've been at this in some form for 9 years & they're still in alpha, I'm surprised they keep managing to make MORE money than they have in previous years. It's kinda nuts.

The gross monetization is already in the game. They are selling ships for thousands. People are buying them. There is no way that doesn't continue and get much worse since they have seen that the people who support the game will keep throwing money at them.

Yeah, I know about the absurd current monetization, but I imagine that'll only last so long. Very few people are going to be willing to spend thousands on a digital ship, and most of those are going to be purchased before the game launches. So I still think they're going to have to stuff the game with MTX - MICROtransactions - to make money off the common folk. They're gonna use up their whales pretty hard by the time the game actually releases...at least, I assume? lol

@got it seems like this game is like a form of crypto or nft. I hate this generation, oh you made a million bucks on something that doesn't exist, good job, I guess. You lose that crypto card or harddrive and you'll never see that money unlike a credit card that stores the money in a bank just in case you accidentally lose the card. It's a sad world where a stupid picture of a cartoon monkey made in seconds can outsell a painting that took days to create.

Seems like you just wanted to have a rant against Crypto and NFT. World moving too fast for you?

It will probably be full of NFTs.

Does anyone realize that star citizen is the biggest scam in video game history? What level of nerd would back a game that should obviously be out by now?

A lot of us see it as a scam..for good reasons. However, the weekly news about one and another million record are getting posted here thanks to Nelva being Nelva anyway. No other game got so many articles on N4G than Star Citizen. And that while it is not even a beta.

I mean what's left to do? Just release the damned thing and call it a beta like everyone else lol

You can literally play it right now

You can play a buggy beta build right now. The same way its been for years.

Shhhh... dont give them idea. We probably are too late.

How is this still being backed?

Yes, for a very long time.

Why even post updates about the game here seeing as there is never anything positive to say about it?

In almost positive Abriael has stock in the company at this point.

This game has sucked up more cash then what Disney has thrown into making an Avengers movie.

If I the money that has been spent on this game I'd use it to hire back the original two doctors who started Broware so mass effect and dragon age could be saved.

who the hell sends them all this money

Man this ish was announced when ps3 and 360 was king

Congrats to everyone who hasn’t backed this game. You’re ahead of the curve.