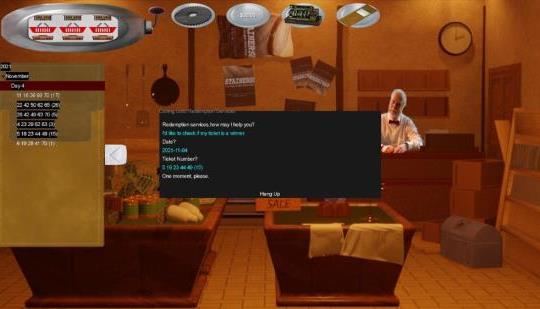 CCG writes - "Even though it captures that feeling of relying on a lottery and has a bunch of satirical humor injected into it, Lotto Life is also an extremely hard recommendation as not only as the appeal of a lotto simulator is a niche one, half the mechanics either don’t work or won’t work as they are supposed to. The newsletter is supposed to update with articles every day, but I only managed to get one article despite playing for over two months. There’s a glitch that you can be immediately sent back to jail after being released, and starting a new game (resetting your character) puts you in an infinite loop of going to jail, which can only be removed by going into the save files of your computer and deleting the save from there. Trying to buy more than 8 lottery tickets at once has you spend the money but not obtain any tickets. I tried to reach out to the developers but haven’t gotten a response."