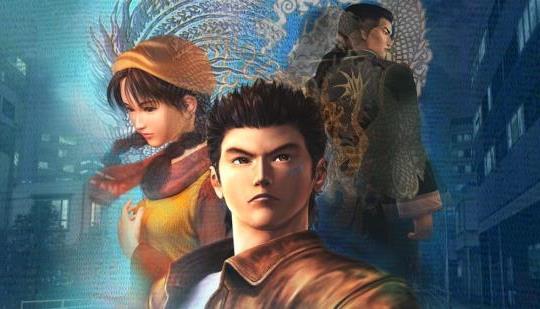 Shenmue – A True Work of Freedom Well Ahead of its Time

Yu Suzuki's Historic Video Game Project Changed the World On December 29th, 1999, twenty-two years ago, the opening chapter of Yu Suzuki’s Shenmue was released in its native Japan. Released by Sega Enterprises at the time, Shenmue was a game world built like no other.

Adhttps://n4g.com/General/Sponsored/arise
- Comments (10)+ Comments (10)
TopNewestOldest
Expand all
The story is too old to be commented.

The first two games were ahead of its time. Too bad that the third game stuck in time with things that didn't work anymore, and didn't include a lot of things that became expected from open world games since the first games were released. It even added some baffling and horrible mechanics like the stamina that doubles as HP, and goes down as you run around.
This without even mentioning that that third game, plot-wise, was basically a filler.

I like Shenmue 3, but the stamina bar was a horrible move. I'm shocked that they thought fans would like it. I wasn't a fan of fishing (I hate fishing mini games) or collecting herbs either. I also hated how Ryo was so easily beaten by thugs after all of the training he went through. Ryo felt weaker in Shenmue 3 than he did in Shenmue 1. The saddest part was not including throw moves, that is just a weird thing to leave out of a game where throwing moves feature so heavily in the first two. I would still rate it 7/10 though, nothing special, but enjoyable enough and I'm happy it was made after so many years of waiting.

Shenmue 1 and 2 are special games though. Shenmue 1 is my favourite, it's not as big as Shenmue 2, but I like that. It's a game I never like completing because you get so comfortable and immersed with the world.

Loved Shenmue 1 and 2, but I never bothered with 3 as I was deeply invested in the Yakuza games (superior to Shenmue in every way IMO) by the time it came out.

I did like the first most, as it had the most detail and smaller scale and adventure was quite fun and new for me, second one was okay too but didn't like it as much and I haven't really had the strenght to consentrate on third one especially knowing that it basically doesn't finish the story and it feels more clumsy than I would like.

I put in WAAAYY more hours on Shenmue part 1 than 2. I was blown away by the detail of the world. There was literally nothing like it. For an action game, Shenmue 2 was better. The plot moved along a lot faster due to it covering so many chapters.

Training wasn't as big a focus in the second game. It actually annoyed me at first that I couldn't find anywhere to train. I was still in the part 1 mindset, training wasn't as imperative as it was in part 1.

So many games have borrowed from Shenmue, it's a shame the buying gaming public didn't support such an incredible achievement of the day.

Shenmue as a series has had a tortured existence and it's pretty sad.

Shenmue was a true watershed moment in gaming. There were just so many elements that even if they did not originate with the series, they were refined, tweaked and combined in a way that was never done before. For the era this was released in it was mind blowing at the freedom, density, and depth you were given in the game world. Couple that with a beautiful OST, cutting edge graphics and deep fighting system and it was really something special. very few games have ever captured my attention like it to this day. the third game has its faults and is not nearly as ambitious but a lot has changed since the first game was released. Shenmue 3 in truth simply existing was an undertaking, though I do hope that Yu Suzuki is given a chance at making Shenmue 4.

It remains my favorite video game of all time to this day.

The 1st and 2nd were truly special games especially if you played them when they were released. It just was fresh and unique. I tried to get into the 3rd one but I just couldn't. I will give it another try at some point because of the story, but I just wan't a fan of the setting. I think if it had taken place in a city like Hong Kong or something other than the country side I'd probably be more drawn to it.

I think these games are very bad, but they did pave the way for the yakuza games and for that I'm thankful

I seemed to remember spending a lot of like looking for sailors......then I could not find any and came back home to play Shenmue

Without Shenmue, We Wouldn't Have Yakuza

Why Shenmue Will Forever be Equally Loved and Hated

Skyrim Anniversary Edition has been rated for the Nintendo Switch