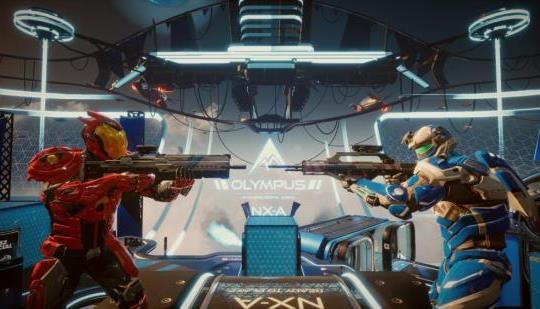 Call of Duty Vanguard, despite its attempts at innovation, still feels like a typical Call of Duty game. Battlefield 2042, despite its gripping marketing, is a half-baked cake with some vital ingredients missing. Halo Infinite, despite its amazing multiplayer gameplay, had a dodgy progression system at launch that stole the headlines.

In a year where some of the biggest names in the first-person shooter genre failed to hit the sweet spot by over-promising or simply dropping the ball on certain aspects, one shooter subverted all of this and showed that nailing the basics can result in a great game. That game is Splitgate.

Adhttps://www.releases.com/?utm_source=n4g&utm_medium=native&utm_campaign=c1
- Comments (6)+ Comments (6)
TopNewestOldest
The story is too old to be commented.

I still play this from time to time.

Does splitgate even have a progression system?

The guy who wrote this doesn't really understand what we are facing here. The major corporations don't care about the other features. It's all about the MTX now.

Splitgate Development Ends, 1047 Moves on to New Project Set in the Splitgate Universe

What Splitgate's developers want to accomplish before leaving beta