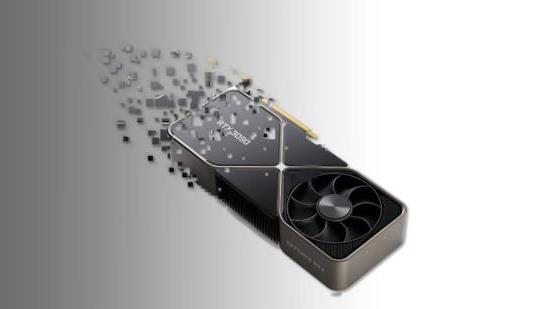 "There's a smarter way to bump your frame rate"

Yeah is called optimization lol, I hope PC gaming starts using that more often, lots of people don't realize that their old card probably never used its true potential cause lazy developers and so people thought they needed a new card, I mean just look the past old consoles what they can do, or even easier example is, I been using that FSR mode in some games and the FPS boost is freaking insane without lowering the resolution in the video settings and I'm using a freaking 1060 GTX 6 GB old card, DLSS could work as well but Nvidia blocked its mode to only 2000 series cards and above, AMD end up being the most customer friendly cause I can use its mode in a branded NVidia card, a really good reputation increase for AMD no doubt.

"their old card probably never used its true potential cause lazy developers and so people thought they needed a new card"
~ Amen, brother.

You want to see optimization??? Look no further than Doom Eternal. That game looks freaking amazing still runs great. I am running same card as you and get smooth 60fps on high setting @1080p.

Rest assured that the next Doom game, won't be using Vulkan because that IP is now owned by Microsoft. I'm sure it'll likely be DX12 or 13, etc.

Bethesda can put out Doom Eternal, possibly the most optimized AAA title last gen and at the same time release Fallout 76 the most......

I agree with you on that

I agree! I'd like to see much more optimization from devs, seems like PC is always the afterthought. But at the same time, typically after 12-18 months of patches and new drivers for GPUs, the games tend to perform linearly compared to consoles in the end. I mean I remember my PS4 Pro looking stunning on Shadow of the Tomb Raider checkerboarded 4K, but if you put the PS5 version against similar RDNA2 parts, they actually perform as per the specs. Consoles do tend to slightly punch above their weight at release, but PC catches up within a year or so.

Love the options such as DLSS, NIS, FSR, RSR, XeSS + settings tuning. To me though, who's more interested in the games and their contents (albeit tech is interesting as well), I typically just set my display resolution and the highest possible settings as long as the fps is locked 60fps without drops under 55.

as if its possible to optimize for 200+ different cards. and you think your console gets max performance during the whole gen? maybe only santa monica's and ND's last games of the gen squeeze out most performance out of the console.

The reason consoles can get away while being relatively underpowered the whole gen is because there is no variables in the hardware and everything is focused on gaming. Every dev will develop for the exact same hardware specs making it way easier to optimize for it. This will never happen for pc unless the pc market changes drastically.

To be fair and this is coming from a console gamer. Its easier to optimise for console since you have either 1 or at most 3 with the backend being the new variants. With Pc you have many different combos motherboards, ram hardrives, gfix cards ect. That said a game with certain specs should run at those speca, like you said. I feel pc development since graphics cards came out have been to throw power at it and it will run right, before then there was better optimisation. I remember having a 486 2mb ram 114 mb hd and it ran everything...then came along quake. The framerate was bad but it was playable. I added more ram or upgraded to a pentium 1 i think and it was better again. Then came unreal and you had all these cards. Voodoo chipset this and that and then you could see the difference in different setups.

1) If you like FSR, check out Nvidia Image Scaling since you have a GTX card, assuming you haven't already. It's a driver level setting that does a comparable job to FSR in upscaling games, and you can use that in any game. You can access it either through the Nvidia Control Panel or, more easily, Gefore Experience.

2) I'm not sure what you mean by FSR mode "without lowering the resolution in the video settings". The whole thing with FSR/NIS/DLSS is that it is rendering in a lower resolution & scaling that up to a higher output resolution.

Well said couldn't agree more, that's why I prefer consoles. Its not always about cutting edge tech, it's about pushing the hardware to its limits and optimization!! PC graphics cards hardly see there full potential, before the next one comes out.

You have no idea what you are talking about. DLSS is using Tensor cores for AI acceleration, something that is only present in 2000 models and upwards. FSR is completely different to what it does. DLSS could be more open yes, but it would still need specialized hardware for that. We'll see how intel's XeSS is goint to handle upscaling.

Even good developers stopped optimizing their games like they used to... now everyone depends on the raw power of the newer (non existent) GPUs and even these GPUs are now recommended just for 1080p Raytracing...

I have a rtx 3080 and I still be having problems. Far Cry 6 wasn't optimize that well either

Only in the last year or so we've gotten decent 27" 4k monitors with good pixel response and 160+Hz. We still need next gen cards to drive that resolution and speed as the graphics get more complex.

People will probably rave about 8k next but it's not much good when games will run like crap, have high pixel response times and probably be limited to 60Hz along with being expensive.

Having a 3080ti you can see it's very unsustainable and the heat generation is fairly awful to game with.

Unfortunately with the exorbitant prices orchestrated by Nvidia and signs they intend on keeping it that way, I can't see them putting the brakes on bigger and bigger graphics cards.

somewhere the heat will catch up and the whole way we create cards and cooling will need to change. Otherwise we will have a stalemate. I just fear for online only cloud computing machines that are bandwith driven meaning only some will benefit, and you essentially dont own anything.

"somewhere the heat will catch up and the whole way we create cards and cooling will need to change."

It has, liquid cooling. Been around for years though not something needed just yet as standard.

@Xblade you gotta over clock that sucka 😂😂

The leaks say the 4000 series cards are gonna use even more power. On the bright side you may not need a space heater if you keep your computer on lol.

no I know about liquid cooling and the alternatives, I was meaning after that.

@ Rainbowcookie: But we haven't even reached the point where liquid cooling is needed as standard yet. How far do you want to reach in the future lol.

It's a shame Steam Machines didn't take off. Coupled with Vulkan, it would have allowed low-level access or "coding to the metal" on GPUs.

It also would have been a one size fits all OS (Linux kernel) that wasn't bloated, taking away from the processing pipeline.

Steam Deck is being released soon.

Optimization for sure, Deus Ex Mankind Divided is a prime example. With my 3070, on max settings, terrible FPS for a game that is now 6 years old, and isn't stellar in the looks department.

It should be about HDR, PC gamers just don't seem to be that bothered about it. For me, it's the biggest improvement to a games visuals in years.

HDR is overhyped in my opinion. 120 fps is my vote

It’s an expensive feature for most gaming monitors and rtx makes a far bigger impression imo but is way more taxing on cards and about as inaccessible when it comes to cards that support it as well as costs.

I agree with aaronaton. A good HDR sometimes looks even better than RayTracing. As for monitors i never bothered. They’re trash and too expensive for the image quality that they offer. OLED tv is the future. Can’t go back.

Correct!
Availability is the next big step, lol.

LOL I thought something similar. We cant even get the current gen at decent prices or at all without some effort to find one.