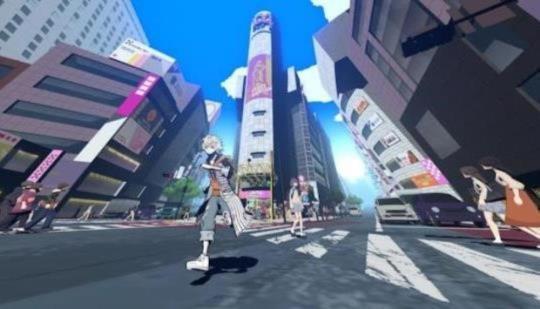 Top Five Most Overlooked Games of 2021

Phil writes, "This year had many great video games, but these titles, while also great, were unfortunately some of the most overlooked games in 2021."

Adhttps://www.youtube.com/watch?v=R7HhyEZ2HRo
- Comments (7)+ Comments (7)
TopNewestOldest
The story is too old to be commented.
148d ago

Kaze and the wild masks was not a very good game

The demo for Neo was fun but i couldn't get myself to pay 60 for a handheld(switch) game that was ported to the PS4.

It's 40 now but i got a backlog. I will play it eventually though.

I feel like F.I.S.T didn’t get nearly as much love as it should’ve got this year.

I could say Doki Doki Literature Club Plus but it sold 500k in a week which is quite impressive. I was just upset that it didn't win any GOTY awards. Although I was told it's because the main game is the same as the original so despite the added side stories, it doesn't count as a new game and couldn't qualify for GOTY. It's still GOTY and true GOAT in my heart.

That's BS because there have been updated versions of games that have been eligible for awards in the past. The Game Awards are clearly slanted in favour of more mainstream games, and there has been more than one occasion when my personal GotY has been far more under the radar. For that reason, I haven't bothered with the Game Awards or any other high profile award show or publication in years.

I decide what my personal GotY is every year based on what I've played. I tend to play a wide variety of titles ranging from AAA to indie, Western to Japanese, so my GotY isn't always some hipster dojinshi title, but I'm definitely far more likely to be in agreement with various GotY awards if it's a AAA, Western title.

To be clear, I don't hate on these award shows and publications, and know why they exist. I just don't follow them because they don't do much for me anymore. If a Japanese-inspired indie title like Doki Doki Literature Club Plus is your personal GotY, all the power to you. I'm of the opinion that far too many people place far too much importance on the opinions of a select few, and quite frankly, a game doesn't need to be awarded a GotY in any official capacity to be a GotY for me.

TBH, I'll have to think about what my personal GotY is. There are a few games that stand out for me...

Amazon Slashes Up To 67% Off On Several Games: Select Titles Valid For Buy 2, Get 1 Free

eShop Square Enix Publisher Sale: Save Up To 85% Off

Dodgeball Academia getting a physical release on Switch