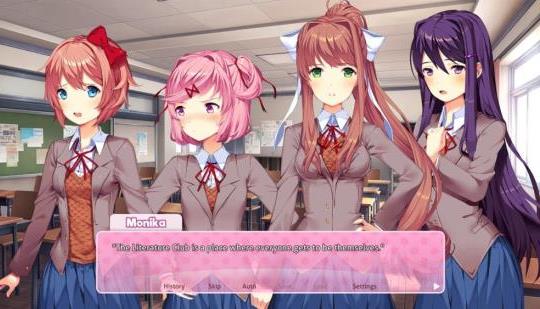 The Ten Best Visual Novels on Xbox from 2021

Dave writes: "We’ve had the pleasure of playing the vast majority, and the end of year reminiscing has given us an ample opportunity to prune out the duffers and present to you the very best Xbox visual novels of 2021."

I'd be interested in Nekopara on Xbox I am not big into visual novels but I would achievement hunt the game on the Xbox.

Hell yes.. own them all on Switch as well as the anime on blu-ray. Of course n4g didn't report on it because it's a VN but another one is in development currently. I'm shocked that many VN's would even be available for Xbox. PC and Switch is the place to go for them if you live in North America or Europe. If you're in Asia you can get them by just walking down the street and having them fall on you because most never even get localized in English unfortunately.

Nekopara I also own on blu ray very good anime when it came up for order I grabbed it. I only own all the Nekoparas on Steam. That's the thing Japanese games like this outside of Japan on an Xbox is niche might find it in Japan or Asia but outside it's like they don't exist. When Gal Gun was announced for Xbox I was set to grab it niche game like that on Xbox would be worth collecting but then they pulled the plug on it. If Re:Zero Prophecy of the Throne came to Xbox I would have also snagged it have to get my Rem fix since she saws logs in most of season 2. The Atelier games would also be worth grabbing on Xbox so would Blue Reflection Second Light. I made sure to grab Blue Reflection Second Light on both PS4 and Switch playing the PS4 version not going to open the Switch version.

Is Nekopara on the Switch like the PC version? Haven't jumped on this series yet.

"Doki Doki Literature Club Plus!" is now physically available for the PS5 and PS4

The Settlers New Allies: The Next Big Thing in Strategy Gaming

Warhammer 40,000: Space Marine is better than you remember