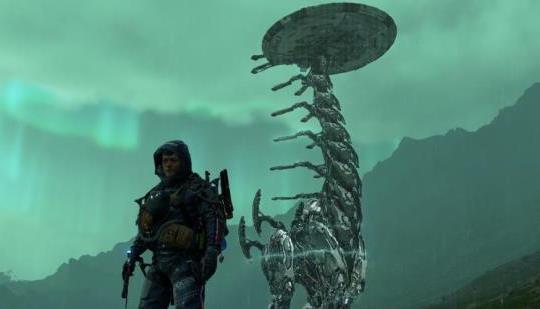 The History of the Relationship Between Guerrilla Games and Kojima Productions

Though they might exist on opposite ends of the world, Guerrilla Games and Kojima Productions share a strange but sincere relationship.

Adhttps://www.youtube.com/watch?v=EjfojxXOobE&t=463s
- Comments (10)+ Comments (10)
TopNewestOldest
The story is too old to be commented.

Don't think they will let him use it on an xbox exclusive.

This "Xbox" exclusive was once a Google Stadia project. Because of affairs in recent years with Google Stadia's studios and support studios, Kojima either had to scrap the project or go to someone else who had Cloud technology... Only other logical player was Microsoft....

Kojima would be allowed to make other games for other platforms and I'm willing to bet the next game after this Cloud project is either a PlayStation game or it is multi-plat.

His next project is Death Stranding 2.

The game sold over 5 million before the Directors Cut release and Norman Reedus has pretty much confirmed it.

It's far more likely that Kojima Productions becomes an official PlayStation Studio than his next game being an xbox exclusive.

Kojima has stated he wanted to do small scale projects alongside big budget titles. I sense the MS title is something on the smaller side, hence why I said that I hope his next big project utilizes Decima.

"I sense the MS title is something on the smaller side"

Kojima is working with Xbox to build a game based around cloud technology. Think of it like the Strand concept in Death Stranding, but he wants to further explore what's possible. That isn't going to be a small scale game.

It is.. Abandoned is the codename for the project

There Might Be at Least 3 Silent Hill Projects in Development