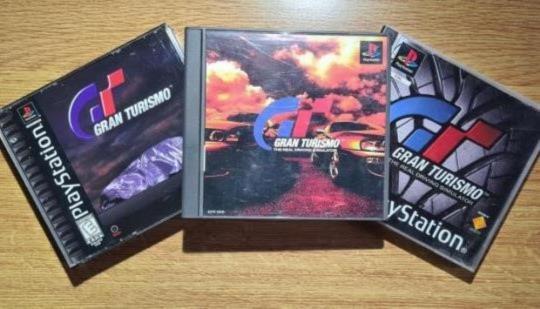 The very first game in the Gran Turismo series launched 24 years ago today, on December 23 1997, sparking a series that has gone on to sell over 85 million copies.

While players outside Japan had to wait a little longer for their first taste of Gran Turismo — until May 1998 — the game launched to its domestic market first. It came from a slightly unexpected place too, with Polys Entertainment, as it was then called, only previously responsible for cartoony racer Motor Toon Grand Prix and its sequel.

Adhttps://n4g.com/General/Sponsored/arise
- Comments (17)+ Comments (17)
TopNewestOldest
Expand all
The story is too old to be commented.

Damn, 24 years! PD was able to create a huge franchise across many generations. Great job.

Happy birthday GT, even though i am not really into racing games anymore i still remembering getting this day one and being blown away by the realism and customization, i would love taking a weak car and souping it up big time, really hoping gt7 is gonna be great.

Never played motortoon but I do like omega boost. I know they are predominantly known for GT but I cant help wish they'd take a crack at a OB sequel after all these years.

One of the first PS1 games we had. Loved watching my dad play this, especially on the 80 lap races.

Absolutely timeless classic. I remember buying it plus the original DualShock together!

Legendary series. Still my favorite racing simulator to this day.

It's amazing how many gamers grew up with this franchise and there are a lot of gamers who will buy PlayStation simply because of GT. This next one could be huge in sales and impact

As a return to form... most definitely. And it would be an odd numbered release. Those tend to do bigger numbers compared to the even.

Funny you say that. I bought 1, 3 (like everyone else and their mom) and 5. Skipped all the even number games.

Wow, I have played them all
I remember the countless hours of endurance races in GT 1 and 2 on PSX

It doesnt get any better as far as sims go, GT is the pinnacle.

This one is giving me serious GT4 vibes which can only mean good things !!

I was in grade 9. Remember renting this game and being blown away by the graphics.... It's true what they say, Playstation gamers grew up with Sony. My kids are now looking forward to GT5 next year

Lol I mean GT7. I am getting old hehe

Wow! I still remember picking it up when I was 7, dad and I would play for hours on the weekends. Miss the good old days.

The absolute king of racers for me, congrats PD on an incredible franchise, I can’t wait for GT7. I have the 25th Anniversary edition preordered.

A History of PlayStation's Portable Consoles