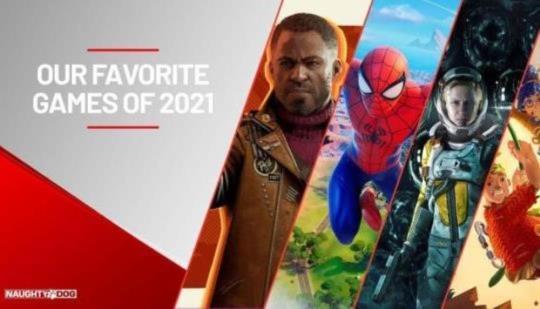 Naughty Dog devs return to talk about the games in 2021 that inspired, excited, and -- above all -- entertained us.

Adhttps://www.youtube.com/watch?v=EjfojxXOobE&t=463s
- Comments (28)+ Comments (28)
TopNewestOldest
The story is too old to be commented.

Deathloop received the most votes from the ND reps, therefore Deathloop is the game of the year.

If anything that bodes really badly for naughtdog.

Last game I liked from them was tlou1. Since then they've done uncharted 4 and tlou2...and Those have been an enormous let down for me.

Hopefully whatever they do next is universally loved by naughtdog fans.

Uncharted 4 and The Last of Us Part 2 are two of my favourite games from them, not including the Jak series. I couldn't be more excited to see where they go next. I love their focus on characters. as far as pure gameplay goes, mechanically those 2 games were great evolutions from their predecessors.

Still bitching about tlou2 I see.

"Bodes really badly for Naugtydog", but why? These game developers are not allowed to have a different opinion than you? :D

Deathloop was great and so was Uncharted 4 and The Last of Us: Part II. Everyone has different tastes but the majority of people enjoyed Deathloop that actually played it. Most of the people who complain haven't touched it.

Whatever you say buddy. I loved both of those games. To each their own I guess. I didn’t enjoy deathloop either though. So opinions and stuff.

Gotta be consistent ....otherwise I was just a bot getting on a bandwagon. Also some dude was under the impression that I must have loved tlou2 since I'm not a fan of halo infinites campaign. Gotta keep it real.

Don't mind bitching about the IP I love.

Let down for a very small crowd when all things compared. I would say they are doing well.

I like u4. Lou2 I despise with my very soul.

Deathloop had an interesting idea and a lot potential, but was ultimately a huge letdown. The endings, all 3 of them, are all really disappointing. Too bad, because the premise, the characters and the plot all had great promise. The combat system, while the idea is good, is clunky as well as the controls.

As someone who has played the game enough to platinum it, I don't understand the acclaim Deathloop got.

Why the hell you platinumed Deathloop if you didn't really care for it???

I paid for the game, so I'm playing it. When I finished the game's story, the platinum trophy was only a few trophies away. Therefore, I have played the game enough to form a credible opinion about it.

To each their own. At least you played it and can objectively give your thoughts about it. It isn't for everyone and I understand why. Their games have always been a little obtuse (in ways that I love) but the simple fact is that everyone's tastes are different and these days we have so much to choose and compare from. I have a friend who just completely doesn't care about AAA games anymore, he would much rather play indie games that I would consider clunky or unpolished. It's one of beautiful things about this industry; entertainment and enjoyment can vary wildly from gamer to gamer and there is nothing wrong with that. It's okay for Deathloop to get acclaim it got, and it's okay that you don't hold it to the same regard.

I'd much rather have meaningful discussions of what things worked for some and not for others instead of this back and forth about how one person thinks its the best thing on the planet and another who thinks its the worst thing they have every played.

@anast I'd say lou2 has split the fanbase dang near in half.

I gotta get Metroid Dread before my cruise. After a day of drinking and eating it’ll be nice to curl up somewhere on the ship and play.

"Curl up" like the morphball? I get it ha, even if you didn't mean it like that =)

Seriously though I really enjoyed Dread and I've been playing the series since the original NES days. It's not revolutionary but it's still really fun and very much a solid Metroid.

Yeah I’m 40 and I’ve been playing since the beginning too. I’ve beaten every Metroid but nothing has been as good as super Metroid. Hopefully this will be that good.

I started Metroid but after half an hour put it down. The resolution really lets it down for me, I will wait until the Switch Pro so I can enjoy it without worrying about it looking crap 🤦🏻‍♂️😂

That’s why you put it on the TV. No way am I giving Nintendo anymore money for a better screen.

While I DID purchase it on my Switch I had to experience it in 4k so I actually played it on my pc. I even took comparison phone shots of the switch version vs the 4k just so I could really see the difference. Obviously a HUGE difference.

I only play in handheld mode and it's quite incredible. Have you played those games from start to finish on an OLED model in handheld mode? Didn't think so. I'm not saying it's better than the PS4 versions which I also own but what they were able to achieve is pretty damn impressive.

Well I guess the bonus there was you were running at native resolution! I’m sure you’ll enjoy it, I just felt disappointed. Really hope Silk Song will be 1080p on Switch as Hollow Knight was so amazing.

Xbox Needs Content: Here's a Look at What Could Replace Starfield in 2022