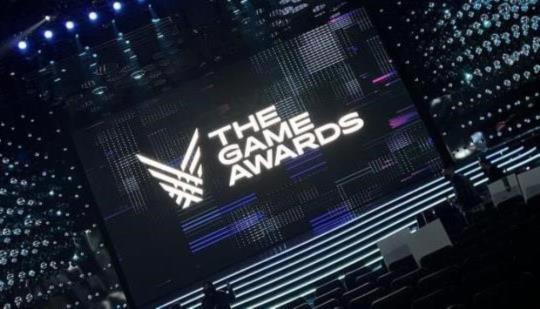 The Game Awards belongs to the corporations

With over 8 million concurrent views on stream, The Game Awards shouldn't have to compromise out of fear of its corporate sponsors.

Can we not just enjoy things anymore?

Because this is how adults are supposed to talk about things. Sorry it gets worse after a certain age, but that adulthood for you.

even reggie was there, with the same haircut he was born with

It was my first time watching it and to me it was a really poor taste trailer event, which seemed to remember on occasion to give out a half-assed award.

It says a lot when a games award show puts little to no emphasis on actual game awards for almost 3 hours. They need to go back to the drawing board for next year's awards.

of course corporations own it. who do you think makes the video games? A bunch of fans? Or some indie devs. I mean sure there are some indies but corporations are what's bringing us to the table to even watch it. Don't act outraged when you know most people only watch so they can have new game announcements and news from, you guessed it, corporations. Is there any awards show/awards of monetary value that are serious that don't have corporations in charge of it? Not really. The fact keighly put it together when nobody else was doing an awards show shows he has passion for it but you need money to get things worked out and that's just a given. Those 8 million views would plummet the moment the corporations backed out and didn't produce announcements for keighly to use.

I’d still be outraged. There’s nothing wrong with people being outraged.

The difference is that awards shows back in the day we’re actually made by people who care. This day and age is filled with greedy Americans trying to monetize everything from award shows to NFTs to public lakes. We are in an age where capitalism is being said by experts to be slowly, depressingly, destroying the world. There’s no way we can survive global warming if the way things stay the same as they are now.

I know people like to moan about moaners but our very society is being trashed by all knowing, corrupted psychotics and there are countries-worths of people who are happy to have their lives ended unfairly because they grew up hearing “the market is good,” like the rich person benefitting from their market was telling the truth.

So should we wait to starve to death or get a head start now while waiting for the ultra socialist communist captain planet to come and "save us all" from the devastating horrors of easy consumerist capitalist life? lol. Things will always be monetized, its the way of the world, no one wants to make things for free. video games, movies and just about every other piece of pop culture media and art is the direct result of of the free market allowing creators to make seemingly useless things and others like us deciding to spend money to support it. That free exchange does not exist under socialism or capitalism outside of propaganda, which we kind of have now with all the pandering woke trash that permeates the media wasteland, but I digress.

Only a fool would believe that in a communist/socialist structure that useless things like video games, movies, theater, or any of the arts would continue to exist under "government funding" . Those types of societies only care about workers that produce for the state and if you can't serve, build or create a useful product then you will face the wall. The only exception to that is forms of art being used as state funded propaganda to further indoctrinate the masses into compliance, which again there is no freedom when they tell you what to make.

I'll wait for you to show me all the AA or AAA game developers in cuba, venezuela, North Korea, Russia, and how seemingly those societies are inherently better lol. China is the only exception because its trade/business hubs operate under communist taxed capitalism, however without us to consume their cheap goods they would not be making them. The true fault of western capitalism isn't the bloat or potentially useless consumerism, its the absolutely ridiculous notion that the fix for it is some commie green peace savior complex propagated by the overindulged fools living from the benefits of it while hating it. Last I checked all these pro climate advocates were the ones still lavishly yachting, flying, and living exorbitant lifestyles while dictating edict for change to the simps dumb enough to listen to them. The idea of video games in general is both capitalist and consumerist by nature, as since they provide no real benefit to society they are a unproductive pastime for idle hands, also since the major production of electric in the world still (and likely always will) rely on coal burning generators video games using up electricity needlessly is also any climate/planet. I won't hold my breath while waiting for you to sell your computer, tv and any other electronics not used solely for generating product for the state.

I love how you say no one wants to make things for free while the political movements you mentioned (I’m assuming you’re saying Captain Planet for the planet part and not the equal race part) have nothing to do with people getting things for free, just a slight increase in charity and taxation and public ownership.

It means you don’t really have much knowledge on the subject.

I’d like to know what you hate in politics and what you want, because everyone wants something for the world. I just hope you have an idea of what they are. Put some thought into it, don’t brush it off as cliched stuff that’s as wrong now as it was when you read it in another comment.

Extra ironic that people get paid to write comments as long as yours and call them “articles.” Funny how you’ve just supplied an article as a reply - for free.

everything SenorFartCushion said is 100% true

also, TGA became a clown show the second it became "professional." Keighley is an idiot.

I enjoyed streaming The Game Awards on America’s most reliable network - Verizon. This is 5G built right.

hit the nail on the head with this. the show was rife with talking down to the majority of those that support this industry laced with pandering and indoctrination along with some trailers, commercials and Sting

You forgot the parts where they rush through award categories in between those sections. There was so much unnecessary padding, but it's been like that for years now. Literally it's trailer after trailer, random category that they don't care to give any time to, trailer, advert, corporate pandering, LoL wins yet ANOTHER award for just existing, musical performance by generic band and that's when I tapped out.

This is not a show to celebrate games

All award shows do

I mean who played It takes two? Probably dudes with their girlfriends explaining them how this is gaming.

Use the word “girlfriends” wisely, you may start a riot on here 😂

This is why I call it the golden globes of gaming