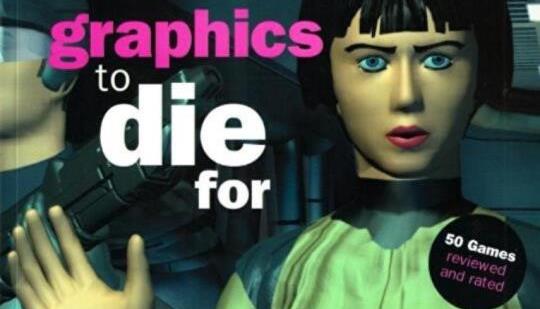 Does the gaming press of old hold up today?

They don't make game journalism like they used to, and that's probably a good thing.

Adhttps://www.youtube.com/watch?v=EjfojxXOobE&t=463s
- Comments (13)+ Comments (13)
TopNewestOldest
Expand all
The story is too old to be commented.

ApocalypseShadow46d ago (Edited 46d ago )

Rosy glasses you're wearing article writer. Not of yesterday. But of today. And I read the same mags. Bought plenty each month like I did comic books, science magazines and novels.

"...don't want to downplay the contributions of the people who built this field (or dismiss my own prior work), I'm confident in saying that it's in a far better place today because every successive generation of talent sees what came before and pushes it that much further."

Bull chips. The smell isn't fragrant with that nonsense.

Back then, a lot of game journalists seem to care about providing gamers the truth about games when games were simpler. Good or bad, most let you know what was a great game with great gameplay. And they tore a new one to games that were cash grabs or terribly created filth not worth a purchase. The bias was only for the type of game genre a journalist played. Then, a company entered the industry with wads of cash that changed things. Caught many times for bribes and hidden payments besides advertising dollars and swag.

Today, a lot of so called, "journalists" are just bloggers, influencers and sellouts to advertisers and swag. Game is broken or missing features before launch? You won't know from most of today's "journalists." Filled with micro transactions, grinding to acquire worthless cosmetics that used to be unlockable through play? These "journalists" won't say a word. Call out companies for the nonsense they pull that would hopefully set these developers straight? Nope. Not from today's "journalists." Because they are scared to lose the free bribes...er.. Swag. They don't want to lose access to companies by providing the truth.

And, my personal opinion, there's nothing wrong with crunch when it's your own product or decision to get something done. Or lives or health depends on crunching. When it's for another that expects results just for a profitable quarter for themselves, then crunch would be a problem. Especially when there are 9 other months to sell a great game. Some companies learned that by releasing all year. Not just for the holidays that's crowded. Sometimes crunch is necessary. As long as you pay me more for that extra time. That might benefit me or family.

My opinion anyway. But I miss the old days when truth, ethics and integrity mattered. And that's not just with games.

From the 1990s to about 2010 you needed credentials to be a game journalist. Now it seems anyone can go start a website, review games and report about the game’s industry.

mastershredder45d ago (Edited 45d ago )

So no it's about reviewing old reviews and news mags? Sad, sad ...Sad.

It's much more entertaining to review game-themed content creators and self proclaimed "journalists".

Ah the old gaming news days, when it was more cheeky humor and excitement, than one-sided outlooks, egos and who done it first. This article back then, would not hold up. LOL!

You mean the old days where they reviewed the game for gamers instead a inner monologue about how they personally felt about a title? Damn right it was better in the past and some worthless journalist of today attempting to self stroke their ego just amplifies everything wrong with the current state of game's media.

It was a lot better. Modern gaming journalism, journalism in general, is a joke.

I can’t think of a single website or outlet that holds any credibility in my eyes. Game journalism isn’t what it used to be? Well true but at least it still existed then. Games media doesn’t even pretend to like games anymore. People give keighley a lot of shit but I don’t question his love of the game. I’m pretty sure he just does it for the p****y. That kind of shit stands out to me because it’s lost on today’s robotic games media.

I tend to lean towards individual opinions, gameplay, dev diaries and general news sites like n4g on a per story basis. I wouldn’t put my faith in any single website or base my purchase on a metacritic score that is just the combined result of their views. I’d trust a random n4g user over metacritic lol. Journalism in general has taken a massive dump, it’s a business nothing more.

BrainSyphoned45d ago (Edited 45d ago )

Journalism, even on CNN, was better back then. You are a click seller that has no personal accountability, integrity or probably even morals. A glorified door to door sales man.

Have the feeling that if game "journalist" were worth a damn today we wouldn't be seeing articles like this.

It's not a good thing. Game journalism now is at an all time low in quality.

Repetition in Video Games is Great

This Atari 2600 Made Out of LEGO is Incredible