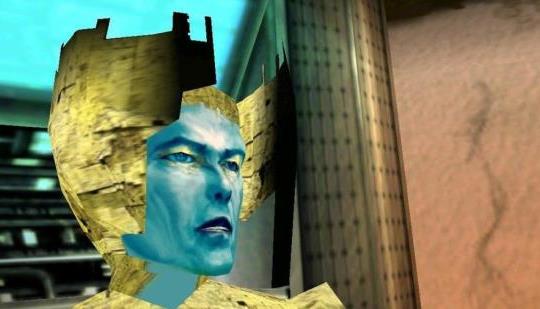 Did David Cage, Quantic Dreams and rock icon David Bowie predict the omicron variant? Some people seem to think so.

Humans can be amazing sometimes. The other times they can be very stupid to believe nonsense.

Love the game though. Still got it on Dreamcast.

Billions of people all over the world believe in the bible. Why should this be any different?

And amongst those billions are many who find more fulfillment than those who don't. So what's your point?🤷🏾‍♂️

ApocalypseShadow49d ago (Edited 49d ago )

Here's a twist for you: there are people who believe in the Bible and science. Very intelligent people because you can't have something come from nothing. Then, bang. You exist. You must believe in the Steven Hawking "rocks bouncing around theory." Or that we won the cosmic lottery. Why did the bang or bangs just stop? They should still be happening in space that we could detect. But I'm not going to get into it with someone that has supported rumors and lies in gaming and called on it multiple times. Since I wasn't there during creation of all this, I couldn't tell you myself. It would be over reach.

For these internet people to bring up an old game like Nomad Soul because it has Omicron in it is like telling everyone that a grapefruit is a grape because it has the word, "GRAPE" in it. That's really scientific./s

We could pull thousands of media and say it predicted something or life imitating art. It's best to not read into it.

It’s just another form of media that “published” a form of story that people are linking to real events.

People cling on to silly things because they feel they need it. It’s just what people do. Always have done, always will. But you can’t think one’s daft and not the other.

@SurgicalMenace those people that think they find enlightenment over others also CHOOSE to ignore that we know the bible was at least rewritten by the Catholic Church at least once. We also know that it was rewritten by the Nazis and if they had won the war they would have replaced the current version with their own. Showing how easy it is to do so…. But I digress…

@1nsomniac even the most edgy basement atheist's grow out of the phase where they need to call everyone who isn't an atheist dumb. Why not you?

Calm down dear, don’t get upset. I actually agree with ApocolypseShadow to an extent. I believe in some form of creator, because realistically it is the only logical explanation. However of course I don’t believe in the bible because the very notion of it is less believable than having a god itself. It’s ridiculous beyond any sense of intellect.

Believing in god although not provable is understandable. Believing in a book surviving in full in all of its original text and readable in full by a language that didn’t exist. All while being present for the entire duration by humans with their destructive, manipulative ways, Is beyond retarded.

I remember reading the previews for this game and being excited and then it came out. Oof. No wonder Quantic Dream gave up on gameplay and made interactive movies instead.

"I’ll just leave that right here..." otherwise known as, I never research shit and fire off the cuff and assume. Yawn.

The the Greek alphabet is so cool that one letter can became a name of something, a videogame and a deadly vírus, omicron, or a test version of a game, beta, or a pre build of a game, alpha, a cluster in mass effect like rho.