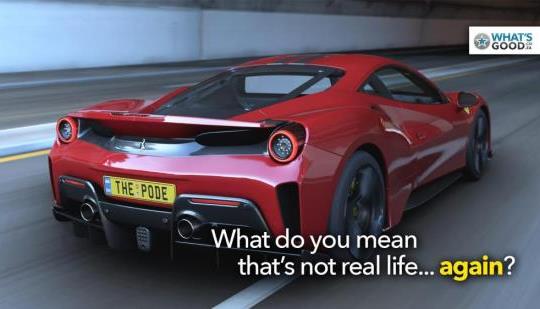 WG writes: "We’ve taken dozens, if not hundreds of photos of Forza Horizon 5 and provided some for you to see in an easy to use gallery."

Adhttps://www.youtube.com/watch?v=EjfojxXOobE&t=463s
- Comments (28)+ Comments (28)
TopNewestOldest
Expand all
The story is too old to be commented.

Looking this good and being open world is an achievement in its own.

I can only dream with Fable *_*

They've never made an RPG but they're incredibly talented and creative. They also have some Lionhead devs, and they don't burn out their teams with crunch. I have really high hopes for Fable.

No shit. We'd need PS6 for these kind of visuals in-game.

It would be much closer on PC if they implemented better anti aliasing- the photo mode renders out with loads of it and so the shots look far smoother with no jagged edges.

This is one weakness of this engine. You can force it as you can most games but it's performance prohibitive, only the fastest GPUs can do it at high resolution. We're maybe a year away from another new generation of GPUs that would comfortably do it.

I would say give it that year with better AA and ray tracing modded into the game you'll have something even more spectacular.

Have you even played the game?!

9 super salty Playstation owners down voted you. Lol. All they've got it drive club. I'd be salty too.

Too bad the latest update has completely broken the game. Audio constantly breaking up, and crashing when saving every time you try and paint or tune your car. In a game that has time critical events, this is simply not good enough.

Yeah I am still in awe on so many occasions even after playing this for far more hours than I care to admit! Playground knows what's up and I cannot wait to see what they can do with Fable 🤤😳

Yeah I'm loving it. I want to get a Logitech wheel and play using that. Between this and Halo my Christmas holidays are sorted

That's what is great about it. It basically replaces every other racing game with the breadth and quality of all the different events. It's just an astounding achievement and I can't wait to see what they do for expansions this time around!

They did a great job on this game. Considering that it's open world the graphics are the best so far this generation

Flight Simulator is right up there as well. Horizon 5 is definitely one of the best looking games this Gen. Photo realistic in many areas, on PC and Series X.

This game is top tier as a racing game, but the true power would be shown if it can look like this and do other things than race or flight simulations.

Gameplay not photo gallery is the true power

Now, this game definitely took the crown of Best looking racing games from DriveClub. Just to think, it takes a whole generation for this to happen, says a lot about how good Driveclub looked.

True, DRIVECLUB was locked to 30fps. Held back by CPU. Unlocked ran 45fps. Devs told me GPU was sweet on PS4.

Graphic wise nothing still beats drive club. That game was photo realistic. Too bad it lunch with crazy bugs

Looking at these pics I'd say horizon does beat DC graphically. Its just not the cars..but the environment itself thats photo realistic.
But rain effects though.... Driveclub has the best rain effects I've ever seen.

You're comparing still, bullshots from Forza to Driveclub gameplay. Not the same on the slightest. Let's also recognize how old Driveclub is.

These are just still images. Can we get real here???

The game that’s really making me think about getting a Series X.

Chuck in gamepass and its a no brainer. Ps5 sits quietly waiting for hzd2/gow2 while fh5 and halo get hammered