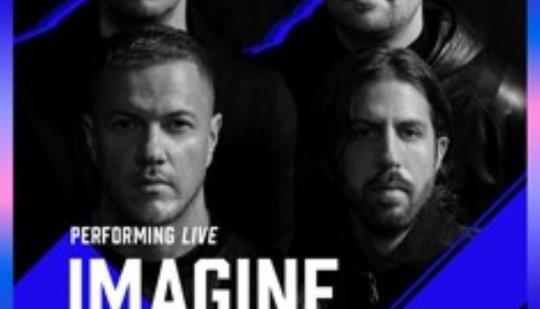 Imagine Dragons To Perform At The Game Awards

It looks like the show is going all in on music as now Imagine Dragons is slated to appear. Grammy Award winning rock band Imagine Dragons will be performing at The Game Awards at the Microsoft Theater in Los Angeles on Thursday, December 9.

You can put any 4 generic white dudes up there lip syncing and nobody would have a clue.

The danger is taking the focus away from the games.

Deathdeliverer52d ago (Edited 52d ago )

Well something league of legends will be there. Feel free to mark this comment. I played League for 5 years and between the trailers and the show my mind has associated ALL their music with league of legends OR songs they wish League would pick up. Maybe the league fighting game will have a deeper reveal. Who knows. All I’m saying is LoL will be there.
Edit*
Aaaaand I just realized the game awards will be at the Microsoft theater. If you are a Xbox fan, tune in. If you’re a PlayStation fan, get ready for unabashed advertisement. I’m never into these shows but man this is going to be interesting. League of legends, Xbox series nods and hopefully a glimpse of Starfield, and PlayStation leaving the impression that they have nothing in the pipe. I might time in.

Wow, they're uh... becoming quite the regulars on the VGA's, huh?

Its all about the Optics.

Their sound for Arcane's intro was actually pretty dope. Guessing that's what they are playing there.

They are really pushing that game and you have to think there is a push to get more frontline artists to make game music.

@Garethvk Probably. And I actually think they are pushing the LoL brand, not exactly LoL itself. Which is a good thing, LoL kinda sucks, but the world and characters are actually kinda cool.

Almost all of this will have an angle like that behind it.