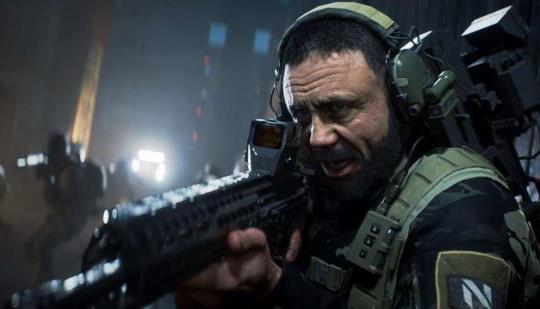 From GameSpot: "Electronic Arts is making major changes to its development structure as it focuses on growing and expanding the Battlefield series following what has been a challenging launch for Battlefield 2042.

The future-set military shooter launched in November and was swiftly criticized for a lack of features found in previous games and for its many bugs, some of which--including the infamous "unable to load persistence data" bug--prevented users from playing entirely. Perhaps the biggest change being announced today is EA is formally announcing the creation of a Battlefield universe that will seemingly span multiple games and offerings, which will be developed by different studios across North America and Europe."

Adhttps://www.youtube.com/watch?v=IJUbGKExS0A
- Comments (25)+ Comments (25)
TopNewestOldest
Expand all
The story is too old to be commented.

Hey EA: nobody will buy another Battlefield game if 2042 doesn’t end up immaculate in the near future. You don’t have the brand loyalty of CoD with console gamers. People will remember this letdown for years.

Finish what you started before biting off more to chew. If I see an ad for a new BF for next year before 2042 is fixed, then I will get my $100 refunded.

Battlefield 4 was the same situation and they've already put out 3 pretty good patches. It really isn't a big deal since it's not DICE's main squad running off and doing other stuff.

BF4 was NOT in the same position. It was a sever-side mess. The game itself was brilliant from the start. With 2042, they basically made the wrong game.

I agree. As I've said on this website many times I won't pay EA another dime until at the earliest 2085 seeing how they sabotaged Battlefield Hardline's online community by refusing to create a dedicated DLC only server. So many people paid good money for the premium season pass yet never even got to play that content!

Vince Zampella ...
Brought Medal of Honor to widespread acclaim, then brought Call of Duty franchise to widespread acclaim and struck Gold again with CoD Modern Warfare. Then goes on to create the awesome Titanfall franchise. And now will helm the Battlefield franchise. Understand his worth EA. This guy made you(EA) lot believe again in single-player games with Jedi fallen Order.
Just request him ... very politely for Bad Company 3, given Zampella’s track record with stellar campaigns, he won't disappoint.

There are few people with track records like his, but my worry is that he is in charge of an established brand with set expectations (look at classes being dropped for specialists for example).

His biggest hits have always come from innovation and setting a new standard. That's not say he can't do it with established IP's, but Battlefield has much more rigid expectations than COD or MOH did at the time. To take a creative person and put them in a box might not wield as much positive results as when he has more creative freedom.

My guess he'll first fix whatever needs fixing within the limits of the design of this 2042 and bring it to a more acceptable state.
Once that's done then he'll plan a proper sequel/next-entry that'll wow & draw in new players as well as make former-BF fans return to the franchise without hesitation. 🤞🏻

annoyedgamer47d ago (Edited 47d ago )

This could also be read as: Dice is getting dissolved into a number of smaller studios. AKA another studio destroyed by EA.

Literally the opposite. Just because it's EA doesn't mean spin it to try make it bad. Nothings wrong with allowing DICE to focus and allow other teams make other games in the franchise. This just means the series has more support as a whole. The entire oppose

annoyedgamer47d ago (Edited 47d ago )

"Just because it's EA doesn't mean spin it to try make it bad."

It is precisely because it is EA that I see this as a bad thing. We all know what EA business protocol is.

EA knew what they were doing when 2042 was released. This is a PR statement that says Battlefield is being turned into a large scale franchise and split into parts. In some cases it could be seen as a plus but this is EA. EA has a track record. When EA says they are opening the franchise up it means they know the IP is on its last legs and they are going to milk it dry then retire the IP.

Name one IP that EA has not ruined using this exact model. I'll wait.

"Battlefield universe that will seemingly span multiple games and offerings, which will be developed by different studios"
As a Battlefield fan that really doesn't sound like good news to me. Sounds like they're gonna give us a whole bunch of half assed offerings, most likely with milking the series being the priority. I bought BF2042, and as bad as it is I'm still finding some enjoyment from it, but if this is their plan, it'll likely be the last BF I buy.

I hate when franchises go the AC and CoD route. Franchises are always better when they are handled by a single studio. I NEVER bought a CoD game annually, because I knew I’d rather spend my time on games made at least somewhat out of passion… not purely for profit.

I haven't bought cod in a long time but after MW2 I only bought treyarchs CoDs because of what they did with black ops series. Never cared for infinity wards or sledhammers versions of the game after MW2

Not sure if storytelling means much anymore in Battlefield. I have some respect for the COD campaigns especially COD4 and Cold War but Battlefield has only had one good campaign in Bad Company 2. EA never takes SP seriously in BF.

Well, this could mean that if say, they make a new Battlefield story mode, it could take the bad company 2 approach. I definitely think that was the only story mode I enjoyed in the franchise as well though. Which is why I didn't have an issue with it disappearing lol. I stopped playing them after BF4

I loved the Hardline campaign. Fighting off crocodiles and parachuting off of skyscrapers was sick as hell!

I would argue that Bad Company 1's campaign was better, seems sadly not many people played the first Bad Company though.

BFBC2 was not the only good campaign in the BF franchise. BF3 also had an awesome campaign that took you from Iraq to Iran to France and to NY. C'mon dude the tank mission, the rooftop rainy night sniping mission, the F15 Tomcat mission, the Russian SF mission in the mansion. Very underrated single player campaign. Not including the co-op missions, which is how many of my friends learned how to pilot the attack heli.

Maybe if they actually created a good BF game that included an offline SP campaign to go with a MP mode it would be a good start. Seems EA is hooked on shitty online only crapfests mostly and have ruined what was once a solid franchise. If they keep putting out trash like 2042 then it will die a quick death. These companies never seem to learn that gamers want actual good games not the online only trash they push instead. Good luck EA. Miracles do happen as rare as they may be. That’s what it would take for them to realize this and turn this series around in a good way. One can hope.

In other words, it's bombed, it's broken and they're gonna rush out 2043 for this time next year.

Another series EA eventually ran into the ground. Expect a "reboot" about 5 years down the road.

Franchise Narrative Director Wants to Know BF2042 Roadmap Too, Will Do "Damndest" to Right Things