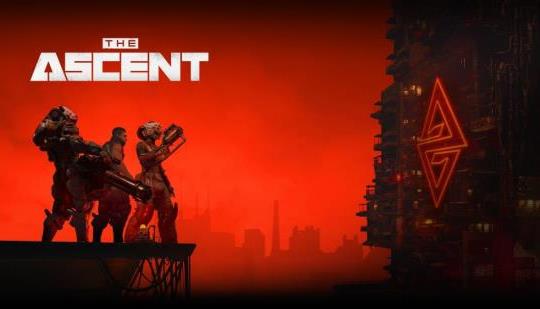 Xbox Exclusive The Ascent Has Been Rated For PS4 and PS5

The Ascent by Neon Giant has been rated for PS4 and PS5. The game was released on Game Pass as an exclusive for Xbox and PC.

Adhttps://www.youtube.com/watch?v=IJUbGKExS0A
- Comments (63)+ Comments (63)
TopNewestOldest
Expand all
The story is too old to be commented.

well that was fast lol, honestly wasn't expecting this coming to PS.

Not a lot of games outside of first-party are indefinitely exclusive anymore. This always seemed like a game that would eventually come over.

Phantasy Star Online 2, for some strange reason, still remains an Xbox Exclusive, its been some time now, still no PlayStation release, and it originally launched on PS Vita and I guess PS4 in Japan?

@neomahi:
Likely because MS paid for something Sega's otherwise been taking its sweet time - or none at all - bringing it west.

This is great news! I Was hoping it would come to playstation! This game looks good!

If we're being honest here this game on Xbox was Game Pass filler and no more. Ascent is a little Indy game hyped up to be more than it is or was to promote Xbox Game Pass so the Xbox gamer could say 'looky what we got". No one paid a dime to purchase this little Indy game on Xbox and very few spent more than a hour in it on Game Pass. This game was forgotten quickly and will not make a splash on PS. The AAA and AA games on Game Pass Microsoft pays the Publisher or the Game Dev to to put their game on the sub service think Outriders but a little Indy game like this they were talked into it and they now they need to be paid as they got very little $$$ through XBGP cause no one played it. The Microsoft PR hype machine made this little Indy game waaaay more than it ever could be.

You - about as negative towards the game, and Gamepass, as you possibly could be. Discounting the game as nothing special and virtually nobody played for long.

Most of the comments section - I really enjoyed the game. It's cool it's coming to Playstation now too.

Yeah ...
I'll stick with the gamers who just want to enjoy games. I'll leave you to continue being a hater.

So much potential....but for whatever reason the gameplay fell flat on me. Such a shame because I love ominously dark, cyberpunk inspired, sci-fi worlds.

@TheRealTedCruz If someone doesn't like something, or if something is understood to be mediocre, what is the problem with expressing that? Should we just pretend that everything on Xbox is fantastic? Is this what gamers want? Are people really so insecure that it bothers them if someone has a different opinion about a game they like? I just want to enjoy games too, but that doesn't mean I'm going to pretend that every game is great for the purpose of tiptoeing around the feelings of other gamers, that just seems silly.

Troll much? This was a very cool game. It's not triple a but definitely great world and fun. Get over yourself.

Because you can be mature about things, state why you don't like it, and be on your way. He decided to go up to 11 and just be obnoxious about things.
Two, you're just as bad as him. All he produced was a whiney little rant.
All I said was he went out of his way to spew any little bit of negativity he can towards the product, yet there's a bunch of people saying they liked the game in the comments alone. Let alone the positive reviews the game got, as well as the studio coming out and saying that the game was selling better than expected, even if on Gamepass. Then there's baseless claims like "almost nobody played past an hour" which was just pulled out of his ... well.

I'm apparently touchy for finding that immature and saying as much.

You defend his whining as just freedom of speech though. Pretty hypocritical.

I'll play that game. I, in your words, "didn't like" the way he presented his points. I chose to use my freedom of speech to say as much. So everything is A-ok, according to your metrics for what is, and is not, proper.

This game was amazing. Most beautiful isometric game I played and was a blast playing with friends. We beat the whole game. Don't speak about experiences of the game for anyone else but yourself. Playstation games are fortunate to get this and yeah its worth spending$$$ to play this game. Don't hate on it because it increases the value of gamepass. You look absolutely pathetic to bash a AAA indy game. Oh and fyi playstation exclusives been running dry lately eh spending more time on forums lately

I really don't care if one agrees with my comments or not but more seem to agree with what I said than not..lol...
But facts are facts The Ascent released almost 4 months to the day ago "July 29th" and it is little Indy Game. Fact, no more than a couple purchased this game on Xbox. Fact no one cares enough to play this game even though it's still on Xbox Game Pass. You might think I'm kicking a dead dog here but no one cares for this game and no will care for it on PS. Also fact , the Microsoft hype machine did hype this to promote Game Pass while there's nothing wrong with that they have a service so they hype things up but as far as The Ascent goes it did them no favors.

I know a lot of people that spent a few weeks solid playing nothing but the Ascent to them it wasn't filler.

Personally I only played about an hour wasn't for me but I wouldn't call it crap I think gamepass helped give it a voice because you're probably right a lot of people wouldn't give it the time of day if it was a paid game only that's the power of gamepass.

@Profchaos:
"a lot of people wouldn't give it the time of day if it was a paid game only that's the power of gamepass."

Back in the day there use to be something called a demo. Something you the customer didn't have to pay for. At all.

And while I get that's extra work for the devs in this bloated era of gaming, putting said games on an enclosed subscription service and say that's going to give them greater exposure is just fooling yourself.

The game reviewed well, could be bought on PC and its nice that's its coming to PS4/5, but a demo would have helped it better than Game Pass.

Wrong. the game was excellent up until the point of the online glitches that caused many to shelve it because it ruined their solo saves too. If not for the glitches the game would have been GOTY candidate in my eyes.

@ElvisHuxley That's another thing, what this guy is doing is throwing made up facts to try to bring down a perfectly fine game because uhhhh it was first on xbox duhhhh...lame

This is the trend. Indie gets exclusivity with a console. If the game does well it finds other platforms. If it doesn't, then the game just kind of disappears.

It was always expected at some time.

"well that was fast lol, honestly wasn't expecting this coming to PS."

12 month timed exclusive is the norm these days, nothing fast about it, and this is one of those games that i never expected to be full exclusive in the first place.

Geat news! The ascent isn't a technological marvel performance-wise but it's quite a fun game and properly captures the Cyberpunk vibe.

The developers were playing coy on this for a while so it was obvious it was happening. I havent played it yet though and I'd be tempted to get it. Looks quite good

i thought it was pretty easy, really good game though, highly recommend everyone play it

Sweet! This is quite the looker. Hopefully it's more than just being aesthetically pleasing.

thornintheside51d ago (Edited 51d ago )

To be honest the story wasn't too good. alot of terminology, people, and factions are introduced left and right, with sparse explanation, and after completing it, I had to Google the story.
I got to say tho, that the city hubs are incredibly detailed with alot of atmosphere.

YEEEESSS... IVE BEEN WAITING FOR THIS!!!

I always had a strong feeling this initial multi-plat game was coming to the PS platform...lol.

I highly recommend this to playstation only gamers. This is one of the best games i've played this year and genuinely one of the best cyberpunk worlds i've ever experienced, the detail in the world is ridiculous

Really good game I beat it on the Series X. Not perfect but it is definitely worth a play through if you like the dungeon crawler type games.

I really enjoyed this game. Was definitely a hidden gem. Glad more people will get to play it.

Xbox Exclusive? I literally tried it on PC 2 months ago.

So much potential but not really a great game.

Edit: Let me see if I’m missing something

It was playable on the One X.

Was actually interested in this one. Should be fun. Reminds me of a top down gears.

I really enjoyed this game. It's in my top 10 of the year.

I liked the game. Completed it twice.

It was always a timed exclusive

Yep, even as an xbox gamer, this was rumoured as timed before the game even launched in July, and 12 month timed deals are the norm for all platform holders.

Being "rumored" as a timed exclusive and being presented as an actual exclusive are two entirely different things.

That is my point that you just clarified, this was never "presented" as an actual exclusive, the rumours came from the fact that Xbox never clarified if it was full exclusive, neither did the Ascent publishers.

Ok, Im buying this on PS.

Nice. More people get to play it. Looks like a win all around.

Maybe I'll pick it up on sale.

The Ascent and Returnal, considering the most underrated games of 2021

New premium DLC and free patch arrive for The Ascent