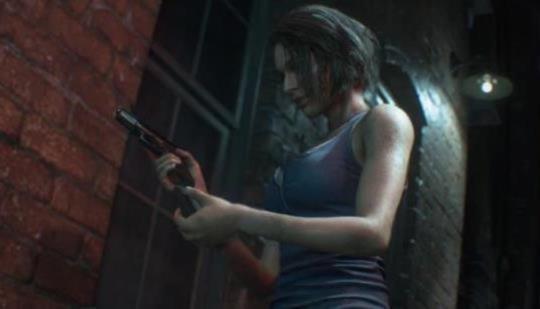 It appears that CAPCOM was internally aware of the short length of Resident Evil 3 Remake and were even warned by the Marketing department that the game's 5 hour length was "very lean for a single-player game" and the marketing team recommended a lower price range for better sales.

Knightofelemia50d ago (Edited 50d ago )

Half the price for half the game would have been better $80 Canadian new for half a game really disappointed me. Shame because I love the original RE3 I have it on PS1, Dreamcast and Gamecube as well I was wanting an RE3 remake since the RE2 remake was very good. I get my wish it looks good love Nemesis and find out its a half baked game because they cut out some content. I would love it if Capcom would remake Dino Crisis still love that game to death as well.

To make matters worse " promotional tactics including mentions of a fake leak spread by CAPCOM themselves that will “antagonize core fan base right from the start”."

We suspected game studios did this. Here is more confirmation.

Of course. Not all leaks are intentional, but I think a lot of employees aren't purposely trying to destroy a good reveal. The only time I can think recently of a disgruntled empoyeee wanting to do that is with battlefield 2042 or the last of us part 2 last year.

good news is you can get it off PSN for like $25 now or $35-ish off Amazon if you prefer physical. So it's less than half price now :D

It was on sale for 17.99 in the last PSN sale, so people could have got it for much less than half price if they wanted to.

@Silly gameAr - yeah this is Canadian that I'm quoting, so even cheaper in the US

My best friend is from Canada. She just recently got a PS5. I know the US dollar is equal to 1.28 in the Canadian dollar. Honestly, I'm not sure if that's a good thing or bad thing. She doesn't seem to mind. She's a bigger gamer than me.

Should of been $30 tbh in my opinion.

If they didn't shoehorn in that multiplayer mode it probably would have. But they knew the multiplayer was trash and wouldn't sell, so why not combine it with a short single game and list it at full price.

I got the whole package for $15 last black Friday. Glad I waited. Campaign was short, and never touch the multiplayer.

SinisterMister49d ago (Edited 49d ago )

I reckon the game deserves it. They made the game from the ground up. *Incoming*

"incoming" a simple: yeah, every game that gets released with a price lower than $60 is also built from the ground up

Looks at the GTA Remaster trilogy**

Yeah, from the ground up...

Why I have a feeling this was a sarcasm :) they reuses too many things from RE2 remake to build this game

Which used assets from 7 lol.

I grabbed it for $10 for that price it's great I wouldn't want to pay full price for it.

The problem for me wasn't the deviation from the source material it was more the lack of spec ops combined with a 5 hour play time didn't sound like it should be a full price game. So I'd agree with their marketing team

And was quickly found half off or less, due to customer concerns.

I still haven't bought that for that reason only. I have seen it for 16 euros but I rather bought Village for under 30 on sale. So.. No regerts on that. =)

Also the marketing team having some sense in that lenght issue while planning fake leaks. Quite the team.

I waited for a sale, but, I loved every second of it even more than RE 2 Remake. From what I heard, that the game was short and such, that it should be a DLC for RE 2, and that it was lacking features, it really surprised me to be this good. I reckon the lack of features must be upseting, but, the ammount of original content the game has, the ammount of highly detailed scenes really surprised me. We only visit the RCPD for a couple minutes, there was no reason to ask for a lower price because the game is 'short'. There are tons of content and replayability as every RE game.

Really? And yet they still, intitially, had this team working on the RE4 remake before the backlash off fans made them restart development to the RE2 remake team

Even an adapted Ada side story from the Umbrella Chronicles

TricksterArrow49d ago (Edited 49d ago )

They could've easily fitted the Clock Tower, if nothing else. Jill was trying to evade Nemesis at that point, so the Clock Tower wouldn't be such a bad idea. Make it a small mission to try and ring the bell for rescue, but failing (no need to repeat the chopper) and ending up on the courtyard battle that we already have, and all good.

I don't mind so much the park and the worm being cut for time and pacing, but Nemesis and the Clock Tower... I really felt it. The game needed a quieter moment at that point, as well as at least another Nemesis encounter... He is sidelined way too much. I'd argue that the R.P.D. should've been better handled as well, with more connections to what we see as Leon and Claire, but I digress. Lost opportunity. Still a fun game, tho, just a disappointment.

"I'd argue that the R.P.D. should've been better handled as well, with more connections to what we see as Leon and Claire, but I digress. Lost opportunity. Still a fun game, tho, just a disappointment"

They hand a chance to really cross over with the events playing out with Leon and Claire, maybe not actually in person but even Jill seeing Claire from a far off distance or on camera recognizing her as Chris's sister. I thought it was a shame we didn't see more little references in Resident Evil 2 apart from hearing Nemesis, they threw in that smashed through looking door near the STARS office which gave off the impression it was him not Mr X but they didn't go anywhere with it in RE3 because it's like the RE3 team were just completely oblivious to what RE2 had referenced. Jill should have saw Leon/Claire from a distance and Leon/Claire should have had an event where something they did helped Jill/Carlos in RE3 without them knowing.

Jill should have been at the station, not a section with Carlos, at least then they could have shown what happened to a lot of things found in the police station when Leon/Claire show up. All we really saw was how Marvin was bitten.

Paid full price on digital because of the gore. Turns out it didn’t have the gore of 2 and I paid for a 5 hour non-replayable film.

I’m not annoyed or anything, though. I enjoyed it. I just wish there was chapter select.

The biggest omissions were inside the clock tower, the park, and the smaller raccoon city streets. Not to mention for the menacing Nemesis, he barely was on the spotlight.

That really sounds a lot.

I honestly enjoyed the Remake for what I was. Sure, it could have been longer but I still enjoyed it.

I usually wait until single player experiences are cheaper anyways. Not many I NEED to pay $60 for to play now.

I knew the length was a problem. I took the $60 because for some reason i have to buy RE games. I love them

I don't know why the first playthrough time is a problem. It was a 25 hour platinum for me. And i've played it again since.

Metroid Dread was a 8 hour first playthrough...where's the complaining for that game?

You know Nintendo is void of any kind of criticism whatsoever.

Bought it full priced and loved it. Wasn't really any shorter than RE2. More replayability too. I probably best it like 8 or 9 times.

And people are so willing to defend the soon to be the new standard of 70$ for a video game. People keep forgetting that money can be managed and these companies have a whole team dedicated to finding out whether or not a game will meet expected gains with whatever price tag they set

It's on sale now. Most of the time I wait for the sale so I can get the game at the actual price of the game. But I am a fan of certain franchises so I do buy day 1 from time to time. I would be put off if I bought this day 1.

Obvious they wanted to use the resident evil customer base as a launch platform for a stupid microtransaction multiplayer mode. Such a shame as re2 and re3 remakes are amazing.

Outbreak says otherwise. RE and multiplayer can be good if done right

They were aware of it and they decided to cash in while they could. That's what's shi77y, maybe not to the oblivious game shopper, but from every other aspect, it's not a good look. May as well say, "We put half the effort into one of these, but you know, because we're Capcom, we figured you should just pay up full price". High and mighty $ entitled azzholery right there.

Wish I waited in hindsight

I bought it day 1 at full price for 80$ CAD, on good faith because the RE2 remake was so good.

Never again, beat that shit in 2 days. Where the hell was the park or the clocktower? And what good reason was there not to include them? I'm fine with the general tone change from RE2 remake but that length is inexcusable

Should not have paired it with a game that hasnt even released yet. They knew what they were doing

I thought the game was enjoyable and played well, but I could obviously see a bit of a downgrade from RE2. The game just felt like it was rushed out the door and not as much care was put into it as it’s predecessor.

Review: MoM: Lockpicking is a clever look at part of games history - Entertainium