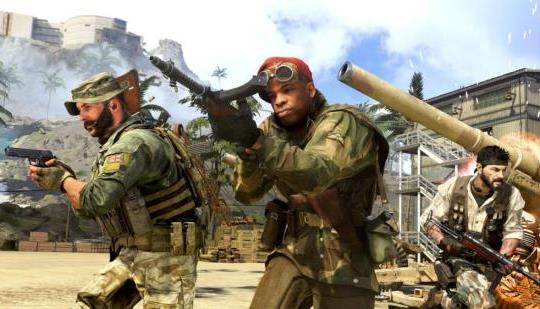 Six Vanguard guns that could dominate the Warzone meta

Call of Duty Vanguard’s Warzone integration is nearly upon us. In just a few days time, a shedload of WW2-era weapons will be dumped into the battle royale as Vanguard’s arsenal joins the already enormous lineup of guns from Modern Warfare and Black Ops Cold War.

While some of the best Warzone guns from the previous main series games – such as Modern Warfare’s Kar98k rifle or the or Black Ops Cold War’s AK-47 – will continue to be used in players’ loadouts, you can bet your bottom dollar that some of the best Vanguard guns will be just as devastating on the new battlefield of Caldera. That got us thinking; with Warzone using the same engine as Vanguard, which WW2 guns are going to shoot right to the top of the Warzone meta?

Adhttps://www.youtube.com/watch?v=IJUbGKExS0A
- Comments (0)+ Comments (0)
TopNewestOldest
The story is too old to be commented.
110°4

Call of Duty Warzone Mobile is set for 2022 release