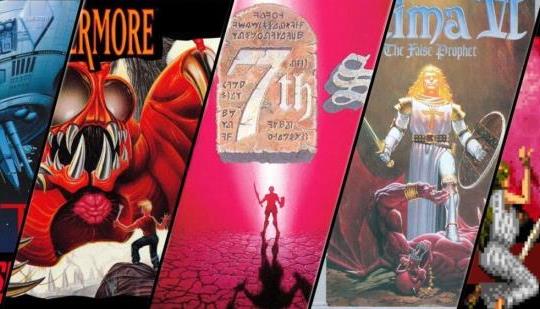 The SNES was an absolute unit when it came to releasing great RPGs. But not all the SNES RPGs got the same attention as Final Fantasy titles or Chrono Trigger, though. Here are a few unsung RPGs for the Super NES.

ghettogamer.net
- Comments (16)+ Comments (16)
TopNewestOldest
Expand all
The story is too old to be commented.

I feel like Lufia games are always underrated. 7th Saga can go kick rocks, though

I was always a fan of 7th Saga but I can see the dislike of it. Lufia games are usually a good time but can drag on.

The graphics rocked for 7th saga but I got beat down in the early game and it kinda killed the experience for me.

Ya 7th Saga is very unforgiving if you don't choose the right class and/or get bad luck with who you run into during the early game but that added to it on multiple playthroughs.

7th Saga is one of my faves. But it will eat you if you don't know what you're doing. Always make sure your speed stat raises by at least 4 every time you level up. That way you'll dodge ~70% of all attacks coming at you. You almost never die in one hit.

loved loved loved Secret of Evermore. still remember the tv spot from when i was a kid - creeps me out till this day.

If it's the same one I'm thinking of, they made the game look a LOT more intense than they needed to lol

yes it's the same one lol

Secret of Evermore actually did well. Yoshi's Island was released around then as well and stole most of the headlines though.

Kudos to this article for not being an ad marathon.

Let me throw in a game that goes far under the radar for JRPGs on SNES:

This epic game from Enix is like taking Feeding Frenzy and adding in evolution! You start as a prehistoric tadpole and use XP to evolve or devolve as needed to tackle this crazy unique RPG. It’s really hard to explain. Highly recommended and I would love to see a remake.

Terranigma is one of my favorite games of all time. Damn near a crime that it never got a Western release. Amazing game.

I recently discovered the next edition to Soul Blazer/Illusion of Gaia series existed. That game looked amazing for the SNES and it was a damn shame it didn't make it here in the west. I have to play it through emulation now, but I wish I had a chance to play it back then

A secret of evermore remake in a similar engine as trials of mana would be great.

Somewhat underrated is Inindo: Way of the Ninja

I love the gameplay concept of recruiting people you encounter through talking/pestering them at the village or fighting them. If you're too weak, they may not want to join you. Timing is a factor as well, because there's a day and night cycle and the world calendar changes. As a ninja you could be recruited by the warlords to spy on, sabotage, or go to war with the neighboring warlords and gain land. War battles would be like a strategy game style. The main objective of the game was to conquer as much land as possible to ultimately go to war with the emperor Nobunaga's army. You do fight him as a last boss in a classic turn based FF style though

The severe downside of the game was the poor graphics and sound. The enemy encounters were too frequent in some areas.

All You Need to Know About the Vortex Type Flow Meter