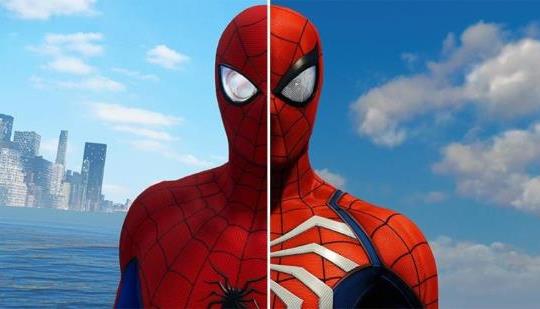 Insomniac's Spider-Man Is Impossible to Ignore While Playing Avengers' Spidey

Marvel's Avengers finally got its Spider-Man DLC, but it does not compare kindly to either of Insomniac Games' Spider-Man titles. It's not the most fair comparison, but it's impossible not to make it.

You're comparing a Honda to a Benz here.

While I agree to the impressive quality from insomniac, you have to admit that it’s tougher to make quality animations etc with many more hero’s to animate.

No. It's equally hard no matter how many you're making.

It's easier to stop short of the mark. It's harder to go that extra mile to make it look incredible.

“No. It's equally hard no matter how many you're making.”

You have to have a greater number of talented developers who know how to do animation, and make it a priority to spend many hours on like the Insomniac team dedicated. They are also running on two different engines with different capabilities. If you don't have the talent or the budget for this DLC, of course it's not going to be as good as what an enormous talented team is dedicating to their one superhero.

I do agree. I believe they would make a better game if they only only focus on a few superheroes instead of trying to be the jack of all trades.

There have been Spider-Man games before the Insomniac version that also got it right. Tbh, this is the only game that got it wrong.

Terrible comparison. You buy a Honda, your buying a car that will last. You buy avengers, this shit just keeps braking down.

Honda's are actually reliable vehicles, for the most part, and score that way year after year. I like many models in the Mercedes lineup, but the gle 63 is rated worst vehicle in 2021 for reliability, and others in their lineup like the e class have their own problems. Tesla scores low also. Many times the tech in these cars is the problem. More complexity = more complications.

In short, I take issue with your Honda/Merc analogy.

Insomniac is one of the best studios in the world. CD isn't even on top10...

TheRealTedCruz49d ago (Edited 49d ago )

CD has a strong backlog.
Not sure why you're trying to downplay them as a studio.
Insomniac has been treated as a Sony 1st party long before they actually were one.

It's easy for a quality studio to consistently release quality when you're developing on an insane budget.

CD was forced onto a glorified GaaS title, in a genre they're not known for.

Not downplay. They just aren't playing with the big boys for ages. It's a good studio. But nothing more.

But the real question is are CD a top 10 dev? They can have a strong backlog yet still have 10 studios be better than them currently.

In no particular order off the top of my head...

I'm sure there's many more that others would consider better than Crystal Dynamics.

Hofstaderman50d ago (Edited 50d ago )

And in two or three years people will be comparing A multiplatform rendition of Wolverine to Insomniac's Wolverine. My prediction is the findings will essentially be the same as in spideys case.

The insomniac suit is dope. I remember there being hate for it but it always looked good imo.

If the Black Panther DLC couldn't bring me back to the game, a half baked Spiderman surely isn't going to do it.

As a non PS gamer, I also think Sony & Disney made a big mistake to keep Spider-Man DLC as a Sony exclusive. This DLC will forever be compared to the much better Spider-Man game(s) in PS-verse (I almost bought the Spider-Man special edition PS4 just to play that game, but that is another story.). If this DLC is available to everyone else, at least we the Xbox & PC gamers can have a taste for Spider-Man game. Sony would gain some extra profit from Xbox & PC gamers. Also, as an advertising for their up-coming movie, a non-exclusive DLC would also reach a larger audience.

Don't settle for a taste have the whole meal. Grab a PS4 or PS5, play Spiderman and then the other brilliant Sony exclusives.

If those games dont suit his taste, then he really doesnt have a point in buying one.

Sounds like they're interested in it though. Also if they got say ps5. Get ps plus and they'll have 20 great games from ps4 to play as well like God of War and persona 5. That list gots games for everyone

I said Spiderman DLC was a bad idea the moment it was announced. There was no way it was going to compare well when it was confined to the restraints if being in a linear brawler with no scope to match the freedom or mechanics of insomniacs game.

It should if been scrapped in the planning stages, like if someone said today I'm going to remake the Lord of the rings trilogy, do you think we can better the original? No chance. Can't win, don't try.