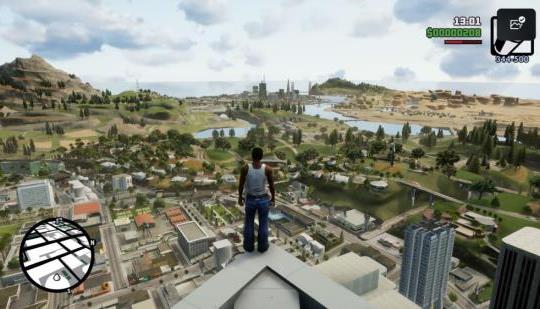 The latest patch for Grand Theft Auto: The Trilogy – The Definitive Edition is rolling out today, fixing over 100 bugs.

I've seen people complain about it being a mobile port but I'm honestly not sure why that's such a problem. AFAIK the mobile remasters were the most updated versions of the games. So why wouldn't they be the starting point for a remaster? Is there some inherent flaw or downside to the mobile ports?

I'm not defending it, I just don't understand why people are so pissed off about it. I've never played the mobile versions.

Because the mobile ports were buggy and generally not well made to begin with.

Ah ok. I hadn't heard anything bad about them before so I figured they were fine.

Did they fix the fact that in my opinion should have delayed by a year for quality improvements.

This was just a massive cash grab.. spend the least amount of money and effort into a product and reap massive financial gains because they new the love that these games gave to many millions of people back in the day….

The greed that this industry has come to is disgusting.. not one AAA game this fall has come out complete vanguard, BF2042 all shocking unfinished products that don’t work…

I don't care if they're basking in cash at the minute, this kind of behaviour will eventually come to bite them in the behind from the erosion of their reputation.

I for one am being VERY cautious before considering the new GTA whenever it does release -- getting a lot of warning bells from Rockstar at the minute. I think a lot has changed since RDR 2's development cycle (which, to be fair was unbelievably good)

Hopefully the more devs release games like this and Cyberpunk, and the more damaged their reputation becomes, the less they will see releasing at a specific time as a good idea, rather than just finishing the work.

Why didn't you do this before releasing the product? Did you figure you'd half-ass it unless there's a bunch of complaints?

Like, why in a span of a few weeks were you able to identify and debug 117 bugs? Do y'all have a Quality Assurance department?

They do! I was contacted to by their QA for a job a year ago but wound up working for another company. I couldn't imagine reading all these comments if that had been my job!

No sympathy for those who purchased it before waiting for the reviews. Keep making the same mistake, keep crying.

Agreed. This was a huge red flag to be honest. No details just a teaser trailer and a short trailer featuring quick side by sides? Where's the extended gameplay vids? Why not drum up the hype? Well, they knew it was a pile of crap so they put out as little marketing as possible and withheld review copies. Same thing happened to Cyberpunk and Battlefield (limited time exposure and at a controlled event). If you don't see reviewers playing it a week before release; be cautious of a day one purchase.

Amazon Slashes Up To 69% Off On Select Action Adventure, RPG & Simulation Games

Amazon Slashes Up To 75% Off On Several Action Adventure, Racing, RPG & Simulation Games