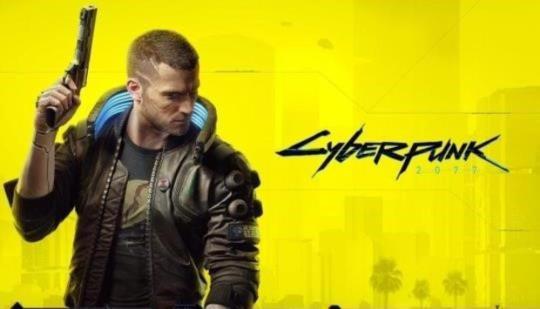 CD Projekt hosted its financial conference call talking about its future plans for Cyberpunk 2077 and The Witcher 3: Wild Hunt, and more.

Adhttps://www.youtube.com/watch?v=EjfojxXOobE&t=463s
- Comments (37)+ Comments (37)
TopNewestOldest
Expand all
The story is too old to be commented.

I’m sure more people would try Cyberpunk if it’s on Game Pass.

Not sure if Phil wants to damage the gamepass name with this train wreck of a game at last year's launch. Maybe when the next Gen update comes out it'll go to gamepass though. I just got the game for free but I'm gonna leave it in its case until the ps5 update launches.

Game pass, game pass and game pass lol
Xbox is such a small base
People will play it on ps5 because they don’t need to tell people how much game pass i important to the world even if most of us really don’t give a shit about game pass

If you tried it you would understand how great it is. I'm sparing sooo much money thx to gamepass... and with a huge amount of quality games.

I’m seconding this. I’m so tired of the gloating about a game rental service. Microsoft loves it of course, since it fits right with the DRM model they wanted to shove onto everyone when XBOX One launched…

@Om4ever The all concept of a payed service is to provide some sort of value (usually preceived as savings relative to the offered content) to it's subscribers, otherwise one would not subscribe in the first place.

Can you play Spider-Man or god of war or forbidden west on game pass ? If no then you can’t play the good games on game pass

Ps: halo don’t count has a good game since it’s only multiplayer

The gamepass jealously on here is hilarious! You lot are so transparent. Just empty arguments.
It's a phenomenal service, forza, halo, gears, ms flight simulator, plus 100s of other games I'd probably not buy but have really enjoyed (hades.. love it!). If sony announced something similar you lot would be all over it like a rash.
Grow up.

Snakeeater25
Halo isn't multiplayer only. Hell 343 been showing off the campaign for the past week. Haven't you grown out of the stupid console wars bullshit? Also are you really saying Xbox has a small user base that's just asinine

Working on next gen version of cyberpunk? they still haven’t fixed the last gen train wreck of a version they put out…….good luck with that.

Spoiler: they never will be able to, the game down to its foundations is a next Gen game, it's like trying to make Super Mario Galaxy run on an N64. Just not possible, not without designing a completely new game with the N64 architecture.

Genuinely believe that's a poor excuse. The game was announced in 2012 and the announcement trailer was shown in Jan of 2013 nearly a whole year before the start of the previous generation. They were too ambitious and over promised. Realistically they should have cancelled the previous gen versions if they knew they couldn't get them to run correctly due to the limitations of the hardware, but they still released it in that state. I know it's not just the developers fault, the execs are to blame, but to say that the foundation is a next gen game is false.

For example, in The Witcher 3, the 3D environment and asset artists wanted to use high resolution textures for everything to push the graphics boundaries, but only could do so for characters, focused areas, and story set-pieces. Those logs, woodwork and barrels on the sides? Low res. The products in markets? Low res. Those small houses before towns? Low res. The roofs? The walls? The tree trunks? Regular NPC clothes? They all look nice from a distance, but get up close and you can count the pixels yourself. Of course, their mastery of illusion through artistic use of those textures worked and people didn't notice, which is a testament to their skills. All that to prevent texture pop-in, which definitely breaks immersion. They threw all that out the window with Cyberpunk 2077, (maybe because most of The Witcher 3 core staff left the project when it was reworked).

They would have fixed it by now if they could, which leads me to believe PS4 and Xbox One versions need a complete rework consisting of lower resolution textures for everything and smaller number of assets being rendered on-screen to fix them (they limited the number of NPCs and cars already, somtimes it looks like a ghost town). They should have never released them knowing this, to begin with, but money is money.

Oh please the game doesn't even run properly on PC

next Gen game? loooool!!!! They started development in 2011

The game is fun on ps5 and it do run well. I think you need to change ur old Xbox or ps4.
Welcome to next-gen

This whole situation is crazy. To be able to get this game running as it should, they're probably going to have to completely ditch all development for last Gen systems, I'm talking patches, dlc, expansions, all work on it. This game always should have been a next Gen game, and to get this thing up and running properly, theyre going to have to cut all support for half of their audience who would have bought it on Ps4 and Xbone. This is one of the worst situations I've ever seen a developer put itself in, no way out without a crippling wound. I don't envy them.

Is that’s why those 2 games were terrible compare to half-life and doom originals ?

@snakeeater nice troll bro, Doom 3 was ok but HL2 was amazing back then. We also got Garry's mod. And soon getting S&box running on Source 2, which consoles won't get.

The fact that the physics even in the original Source engine are still better than many games today speaks volumes.

Can't wait for S&box and all the game modes to come.

Not enough next gen machines in ppls hands to make it worthwhile for the publisher. Pretty simple answer.

Nonsense, development started in 2011, so its not a next gen game.

I'll play it again with the next gen upgrade! I had a pretty bizarre ending so maybe another play through...

Knightofelemia52d ago (Edited 52d ago )

If I were to grab Cyberpunk for PS5 it would need a steep discount I'd also have to watch streams on the game to see if the next gen version is buggy or runs smoothly. Then I would base a decision off of that I was still not impressed with the game on XB1 the updates fixed some issues then opened the door to other issues. I am sure it's probably a good game but I got tired of waiting for updates and the game was collecting dust so I traded it off. I love that dirty sci fi futuristic stuff like Judge Dredd, Total Recall, Fifth Element type atmosphere favorite mission that I got to play was the emo cab mission.

Very good game 8/10 store was short but good. tons of crazy mission some was gruesome stuff. I will return when the dlc is out i already 100% the game no need to play at this time.

Multiplayer functionalities. First time and probably the only thing I've seen from CDPR in terms of a roadmap of expected features for CP2077.

"The plan remains the same for adding multiplayer functionalities to both Cyberpunk and The Witcher franchises gradually."

I preordered this for PS4 knowing there would be a PS5 upgrade. Still waiting...but I'm all in on that Witcher 3 upgrade.

Over a year later - is Cyberpunk worth playing?

Cyberpunk designer responds to lack of police chases: ‘Elden Ring won’t have them either’

Cyberpunk 2077 Metro Mod Gameplay 4K (with Instructions) - Will this be added to consoles?