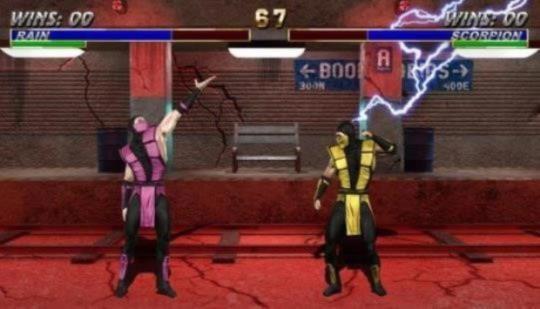 Eyeballistic will repitch the Mortal Kombat Trilogy HD remakes to Warner Bros, and shared with us some brand new screenshots.

dsogaming.com
Mortal Kombat Trilogy Remake Petition has been started by an indie studiotoisthe.comRezwan

We are with you

Good luck. This is the third or 4th attempt at a repackaged MK Trilogy over the years.

Still want Shaolin Monks. It's like they forgot it.

Agree. I’d rather have a remaster of that than this trilogy that I’ve played way too much.

I'd kill for a Shaolin Monks remake. That game was so fun. Honestly just redo the graphics. The gameplay still holds up.

Good game but too short. The arena fighting after you beat it was cool though, dunno how well it would hold up.

I’m a huge Mortal Kombat fan and while I love the trilogy going back and playing it is not all it’s cracked up to be. It’s not worth it Unless they really had some new features. moves or some thing to give it some better playability. They should just remaster Shaolin monks that would be really worth it

What they turned Liu Kang into, seriously? And what's with Raiden's fingers, like there's something missing with them? Character shadows look too sharp on the arena, imo.

A lot of the character details are missing, like Cyrex and his mask. Originally, as far as i see and remember, his mask has tubes connected to the back of the skull. And armor used to looked like armor, not some yellow leather jacket.

"Battle 1" screen and Sub-Zero and Ermak look kind of washed up (especially skin) and armor looks thin and blurry, like it was upscaled.

Baraka has grills? They look metallic. And is that an eyebrow or what? As i remember, it should look like a skin pressed. Shadow is too sharp probably.

Also, will they use appropriate characters for appropriate parts? Or reuse them? I'm asking, because MK2 and MK3 had different looking Scorpion and Sub-Zero.

These are mockups using character models made over a decade ago. The characters in these screen shots don't yet have proper self shadowing. Liu Kang was produced by an artist who is no longer with the group, admittedly his face needs work and trust me it will be upgraded. Honestly we're 10 times harder on ourselves than any typical fan will be because we're fans. Trust me, if WB gives us the green light everything you mentioned will be improved.

Hey, thanks for the insights and i'm glad that you're so dedicated, i really appreciate it! MK2 was one of my most favorite games when i was growing up, so this project means a lot to me personally.

I didn't mean the project is bad or something (or that you shouldn't make it). I'm a web developer myself and i usually try to be very harsh and straightforward towards myself and others' work. That doesn't mean that i hate/dislike others' work, i just believe that the more stuff i find and figure out for others, the better the project will be at the end.

I really wish this project would be like The Last of Us Remastered and not like GTA Definitive edition.

I really wish that they would make a new Mortal Kombat game but in the old style, like the originals.

This is definitely the path in that direction. If WB sanctions this, it opens up the door for characters from MKX and MK11 to be added in this same 2D style.

Yes this would be ace

I hope this happens and then we can Finally get Shaolin Monks the remake it deserves too.

Those 3D graphics are atrocious. I much rather they went with HD digitized actors, as they should. Right now this looks like an HD take on one of those slot machine 3D graphics.