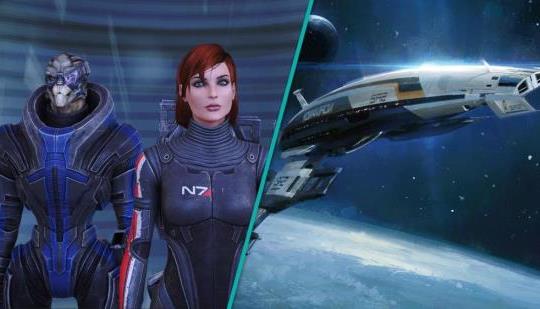 Mass Effect Amazon Series - Everything You Need to Know

Faceless Gaming's Alex Writes: A series loved for the universe it created and the stories set within that universe, Mass Effect and the big screen seemed like a combination just waiting to happen. With Amazon boldly pushing their way into the sci-fi and fantasy genres, after buying the rights to a Lord of the Rings series and having recently released their Wheel of Time series, the news that Amazon were nearing a deal with BioWare to purchase the rights to produce a Mass Effect show did not come as a major surprise.

I'm playing this now. ME 1 looks a bit old, but the story is cool. This is my first time with the series.

YEAP, what ever you do, don't give it to Netflix. Look how they massacred the wither.

From what I recall at of people actually liked the Witcher.

Cowboy bebop tho. Not so much

Book fans like me didn't like it though. There were a few major changes that completely changed some of the key moments but overall its still good. Espesically for those that didn't read the books before

"Massacred?" Turn it up mate, Netflix did a great job with it.

I wonder if they will release the first season, and then ask you to buy a comic to find out what happens to the Quarians?

Well they doing a splendid job with The Expanse