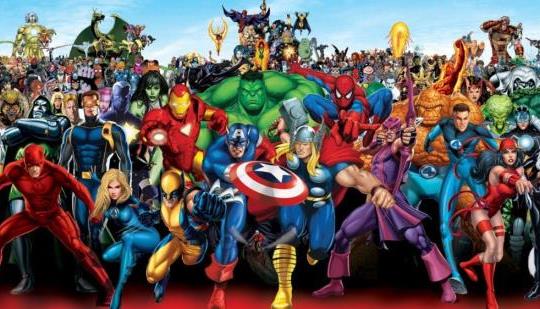 It has been revealed that an unannounced Marvel MMO is in development at Dimensional Ink, the studio behind DC Universe Online.

mp1st.com
Credit url:https://www.enadglobal7.com...
- Comments (8)+ Comments (8)
TopNewestOldest
Expand all
The story is too old to be commented.

Not a big superhero fan, but this could be interesting. That's a pretty credible team behind the project.

This is the company that brought DC Universe online, which in my opinion had the best cg intro of dc's heroes and villians. Should have been used and turned into a full length movie

This news is also funny in a way if rumors are true. The company that helped create with Dimensional Link and publish DC Online and other MMOs was Sony owned until they sold them. But the game released and was successful for what it is across PC, PS3 and PS4 before branching off to other platforms. Over a decade of success.

The Marvel MMO was going to be on the OG Xbox until Microsoft canceled it like they did True Fantasy Online because they didn't think they would be successful.
https://www.google.com/amp/...

I guess it will possibly release this time under new management and mainstream acceptance of superhero games. A Marvel MMO should have been a thing years ago.

I've read a lot of rumors that Sony may be heavily involved in this and possibly going for some exclusivity. But just like with all rumors, take it with a grain of salt. Could be dead wrong.

Make Mine Marvel: The Best Marvel Video Games Ever Made

IGN Marvel Heroes - Doctor Doom and the Art of a Story