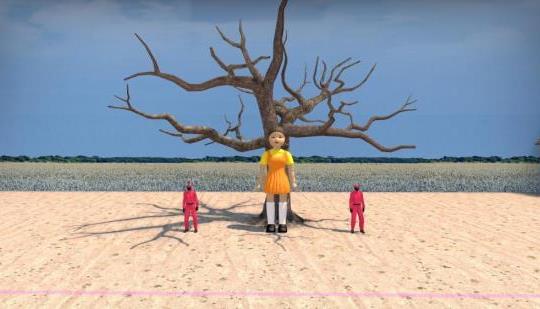 Since the release of Netflix phenomenon Squid Game, creative gamers the world over have tried to crowbar elements, or even whole recreations of the hit South Korean survival drama into their own favourite games. One of the best Battlefield Portal modes, for example, is an abridged version of Red Light, Green Light.

Battlefield 2042 isn’t the only competitive FPS game to feature the hit show, as now a trio of Counter-Strike: Global Offensive players have banded together to recreate all of its featured death games. Thanks to the handiwork of ‘Ansimist’, ‘concole_’, and ‘DepoSit’, each portion of this custom map has been kitted out with a respective game.

squid game is utter shit, humanity needs to get a life