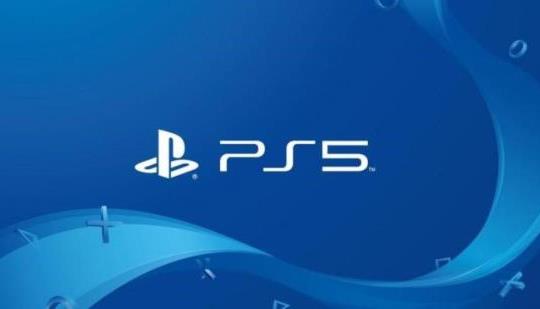 PS5 Outsells the Wii U in Less Than One Year

Sony's latest video game console, the PlayStation 5, has outsold the lifetime sales of the Nintendo Wii U after less than one year on the market, according to VGChartz estimates.

Well virtual boy, ultra nes 64, gamecube, wii u were all rubbish. Hopefully the successor to the switch isn't rubbish but if nintendo expects to have a library of 90 percent old games on switch 2 its hard to tell if it'll be successful. Definitely not switch successful because steam deck will have all third party games of past and present day and switch 2 will not but it'll have nintendo ten or so exclusive ips for its generation. I wouldn't be surprised if they sold switch 2 games for 70 dollars and have a price increase for Nintendo online to 60 dollars.

GameCube was great. What are you in about?

The only home console flop of Nintendo was the Wii U.

Gamecube and N64 did more than fine.

Gamecube was more powerful than Ps2. It wasn't "rubbish" you probably never even owned one! Resident Evil 4, was much better on Gamecube than PS2. The PS2 version was literally rubbish. Read about the comparisons!

rubbish, The N64 was an excellent console. Mario 64 in my opinion, is still a great game. and I don't tend to like Nintendo games and consoles.

You are obviously not Nintendo's target audience and they are doing just fine. Buy yourself a graphics card and be happy.

The scalpers have been busy

Likely only 1% of those consoles sold went to scalpers. Yes they're a problem, but you're overblowing this way out of proportion.

Christ it was a jokey comment. Wtf is wrong with kids these days?

A whole shit ton more than 1% of those consoles were purchased by scalpers and sold for double. It's still happening a year later, every single time any get released online.

@knightofelemia People are thick as shit on this site. Actually in general.

Jokes are supposed to be funny, btw.

I'm sure at this point with the Switch being so successful Nintendo has forgotten about the WiiU - and would probably like us to do so too :P

Let's hope that they don't forget lest they may repeat the same mistake.

Without Corona, 6 months ago already.

No. They wouldn't have magically had almost 14 million consoles to sell in the first 6 months.

Without chip problems? sure they would

As DarkZane pointed out, they still would have had chip shortages without covid.

The moment the PS5 will have unlimited stock the sales are going to be out of control.

I was lucky to get one about a month after launch. But I know people who still can't get their hands on one. I do wonder when there will be enough stock for everyone that wants one.

Honestly, I like my Wii U more than my Switch.

BoTW, Mario Kart 8, Pikmin 3, Donkey Kong Tropical Freeze... played them all on Wii U already. It has more games that l like if not because of the ports.

You aren’t wrong. A lot of switches games are re-releases or ports from Wiiu era games. It gives the false sense that the switch has had a lot of software, when really Nintendo has only released a few big titles in the 4 1/2 years since launch.

Nintendo has published about 60 games on the Switch and about 10 of them are Wii U ports. Most of their content is not ports at all.

The Wii-U, is that really an achievement for any console?

Well no other console beat Wii U sales in one year, so wether it's amazing or not, only one console made it.

Ps5 with everything normal ggs lol

This shouldn't surprise anyone. I mean, they're incomparable as consoles.

How about PS5 Outsells the Atari VCS in Less Than One Second.

Indeed they are a shadow of themselves. They pretty much already had their crescendo by 2005.

Probably has something to do with the weather back in 2012

I think Wii U was the last great Nintendo console that Nin came out with. They put effort into that console, it just didn't really pay off in the end.

I mean, there was literally only one other console since then; being the Switch.

Also not sure what Wii U did so different than the Switch, being Switch just seems like everything they tried to do with Wii U, though also now it's truly portable.

The Wii U was a flop. This is like bragging about beating up the kid wearing the hockey helmet who rides the short bus.

Guess they needed to write about something to get paid…

The Wii U was fantastic! Playing WindWaker on it is a blast! Definitely the definitive edition. Mass Effect 3 was better on Wii U as well, because of the Gamepad!

Wasn't the WiiU a failure? How is this impressive. And just an FYI, I'm not a fan of Nintendo and Second: Playstation is my preferred console.

This article isn’t actually about throwing shade on a console that sold poorly so much as acting as a marker for how well the PS5 is selling, with more consoles and handhelds to follow. Outselling the WiiU isn’t very impressive, but doing it in a year is, or if you would prefer, reaching 13.58 million consoles sold in a year, especially during a chip shortage, is insane. The XS is a ways off on reaching that.

Wouldn't surprise me.It would get approved super fast too. Got to keep the illusion going that xbox is dominating something at least.

Imagine if it was readily available.

Really a surprise? Does this even qualify as news?

For Honor Update Brings The Pirates

Indie Hot List 1 - Straight To The Point (And Clicks)