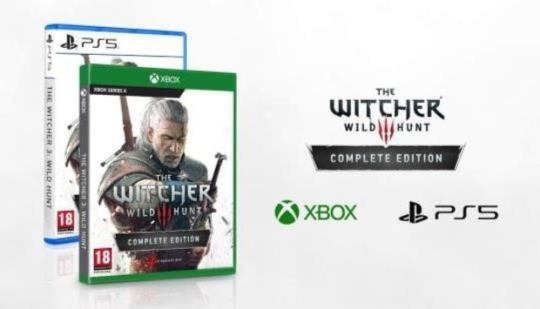 The president of CD Projekt, Adam Kiciński, in a new interview with the Polish economic newspaper Rzeczpospolita talks about next-gen version of Witcher 3 and Cyberpunk 2077 as well as the future of CD Projekt.

Adhttps://www.youtube.com/watch?v=IJUbGKExS0A
- Comments (14)+ Comments (14)
TopNewestOldest
The story is too old to be commented.

Can see Microsoft adding them to their portfolio.

Stocks never been lower so makes sense just to own the Cyberpunk and Witcher IP.

I mean it says right in the title there that they aren't for sale.

Everything is for sale given the right price. I’m sure Sony would love to make cyberpunk a great open world game.

CDPR own neither Witcher nor the cyberpunk IP. You will be buying a company that owns nothing and people can take the money, leave, and start their own independent studios.

TheRealTedCruz60d ago (Edited 60d ago )

CDPR are one of the last companies I'd expect to see sell themselves to any of the big three. They also don't even own those IP. They have license agreements for both, but can't do anything with them without consent.

They're far too self-established. You may be looking at the stocks being lower than they were prior to the release of Cyberpunk, but the game, itself, sold over 10 million in just a couple months. They have a lot of capitol.
They also have a successful PC storefront.

They have no reason to let themselves be bought out.

Whar big three? CDPR does not even make top 10.

You really need to reread my post if that's what you took of that.

The big 3 are MS, Sony, and Nintendo. I literally spelled out my entire post fairly clearly.

I never said CDPR are one of the big 3. I said they have no reason to sell themselves to one of them.

Yes, I'm sure developers are racing to be managed by the company notorious for Cyberpunk 2077, one of the best examples of a horribly mismanaged game ever seen.

The guys behind CDP have a whole lot to show for themselves, outside of just being the people who released 2077.

It's not to be discounted, but it's pretty sad when you can do almost two decades of great work, in different sectors of the industry, and then everyone holds you to a failure, and that's all they attribute you to.

Because what a company was doing 20 years ago isn't nearly as relevant as their largest project to date that they released a year ago. Would you give a company that has had the worst year ever the benefit of the doubt from a business standpoint, or run the other way until they prove they can bounce back?

It's what they've been doing consistently for the better part of two decades now.

And yes, I would. If you had a track record of both success, as well consumer good will, that would mean a hell of a lot more to my investing in your company, rather than a singular blunder that just happened to be more recent; albeit a lucrative one, being the game still sold well over 10 million copies.

If that doesn't make sense to you, well, all I can say is don't try your hand in the market.

Knightofelemia60d ago (Edited 60d ago )

From what I am reading they are down playing the mess Cyberjunk left, down playing the lawsuits focusing on Cyberjunk for next gen consoles. They are making themselves look good promoting the Witcher and buying up a studio and saying oh Cyberpunk taught us a lesson. Maybe CDPR might have learned a lesson and maybe they haven't I bought one of their games was not happy and I traded it off. It will take a lot for me to buy another game from them. As for acquisitions of other smaller studios. Focus on your mess first and yourselves first before you drag another studio into the fire. You had employees telling you Cyberpunk was not ready and should have been held back but you ignored the employees and launched a broken game. Wy do I have a feeling the Chinese company Tencent might buy CDPR in the future?

Trust me, Tencent isn't going to be doing too much for a good while. The Chinese government hasn't taken a liking to their engagements over the years, and are cracking down on them as I write this.

So basically they are looking for a sugar daddy?