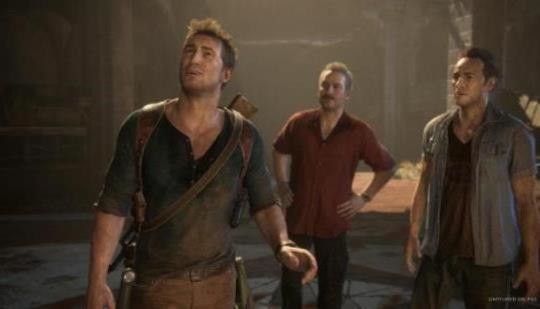 Uncharted: Legacy of Thieves won’t include a multiplayer component, classification body the ESRB has suggested.

That's a shame, they could have brought back Uncharted 2s multiplayer if they didn't want to put that much work into it.

It was pretty balanced apart from a few things here and there, it felt fair, it was barebones but not in a bad way and it was just all around fun. There wasn't any gimmicks, you just had two boosters which didn't really matter after a while and you started off with the same guns. I loved it, especially during the time COD was infecting everything, then later on it went to infect Uncharted 3s multiplayer and then Uncharted 4s. Less is more.

If they did something like Uncharted 2s then they wouldn't have had to put as much work into it as there wouldn't be as much to balance out. Only thing I'd have changed is randomized some of the weapon locations on the map especially the powerful ones like the Desert Eagle, Grenade Launcher etc so people can't rush to them at the start of the map.

Yea the gimmicks you mentioned, the summons, killed Uncharted 4's MP for me. It made it feel too cartoonish for my liking. It's still good at its core, but I preferred UC2 or even UC3's more. I DO actually love UC mp and would like to see it again in a UC spinoff game!

Which is funny because it came off like you said cartoonish while the main game was more serious, even having no mystical elements

So it was just stupid overall, trying to cater to the COD crowd like U3 did

@InUrFoxHole That's fine, many people do. I still had some fun with it for a while after launch. Fortnite has proven there's a huge market for the flashier, over-the-top style...it's just really not for me and personally hope a future iteration goes back to its roots.

Its $19.99 right now on PS store for the PS4 version, whey would they add forty to fifty dollars for these versions?

It should.
But it will probably be a full-priced game. Especially on PC.

..the Sony games usually cost 39 bucks on pc at release and are down to 20 after a few weeks anyway

“down to 20 after a few weeks anyway”

Sure. After about 104 weeks that should be true.

From the company charging $70 for a game made by just 30 people, in the name of "games are just oh so expensive to make nowadays"?

Sounds like you want to dictate how much a game should charge based on the amount of people working on it.

You sure you want to go down this path?

@amatie
Nice wall of useless angsty text. We have CD key sites, we're not strictly limited to one discount when accessing through the same storefront. For example you can get Days Gone Steam for $18 on Kinguin right now.

Are you upset that PS5 games are actually worth buying.

Sounds like you lack reading comprehension. If the BS behind justifying raising the retail on games is "they're more expensive to make", yet one of the first games included is a glorified AA release that cost far less than your average AAA release, then I say get bent.

You did a whole lot of work to say nothing.

You literally made not a point in an entire post. Congrats?
I would definitely love to learn this "truth" you speak of, considering you're expelling complete gibberish.

Only own PC and Sony consoles. I'm about as neutral as a gamer can get. When you grow up and can remove criticism of Sony to hating on them/loving Microsoft, let me know. Then us adults can have a real conversation.

That's cute, you honestly think you're a neutral gamer.

Gave me a good chuckle.

At the end of the day you obviously have no idea about me, base everything you know on the cherry picked posts you decide to remember and hold me to and then go with that.

Glad I can make you chuckle. Apparently it doesn't take much to entertain you.

The age of tacked on multiplayer is over.

It was as tacked on as it gets. The only one I couldn't say that for was Uncharted 3.

Every single Uncharted multiplayer was tacked on. I played Uncharted 2 religiously every night but ND let it die when they finished releasing DLC. Uncharted 3s multi was a milk fest for MTX and it was also left in an unplayable state. Uncharted 4s was more of what everyone disliked about Uncharted 3s and it was very well supported. It was tacked on, all these SP games had multi for one purpose and that was to capitalize on call of duty's map packs and season pass that were so popular back midway on the PS3.
Were they fun? Sure, but they were tacked on. Let's not all suddenly pretend as if 2 gens ago we weren't complaining about it and how they thought they could give us map packs as the dlc support that we were asking for, when what we wanted was SP dlc for these popular games

I can live without it. As long as the original single player experience is preserved in its 60fps glory, that's all that matters to me.

Honestly I don't think it is needed. There are plenty of multiplayer games these days to choose from. With dev costs going up I can see an era where there are separate single player and multiplayer games which is fine. Due to larger graphics size I could also see physical versions being SP only to fit on the disc and any MP components download only.

Pointless putting a mode in hardly anyone will play. Also means the Platinum won't become unobtainable in the future. This is good news.

No it isn't lol

I still say Sony should have thrown in the PS3 UC games or the remastered version of the UC games. That way people can enjoy UC 1-4 and Lost Legacy.

Why does Naughty Dog hate Uncharteds multiplayer? Killed 2 & 3's and abandoned 4's and now axing it for the current gen.

I believe they are trying to. They are making 10 or 11 multiplayer projects currently and ghost of Tsuchima legends still exists.

I can't really think of many remasters that actually preserve the multiplayer. It's the first thing that gets cut it seems.

I'm not surprised. I guess UC4's multiplayer is still a PlayStation exclusive

Uncharted 2 had fun MP and they should have brought it back.

not surprised they didn't include uc2 or uc3 multiplayer in the remake. There's zero reason to buy this again

I literally didn’t realise it had mp

37m ago
Reviewglitcheffect-com.translate.goog
120°Heating Up14

The Uncharted: Legacy of Thieves Collection Shouldn't Be a Premium Remaster