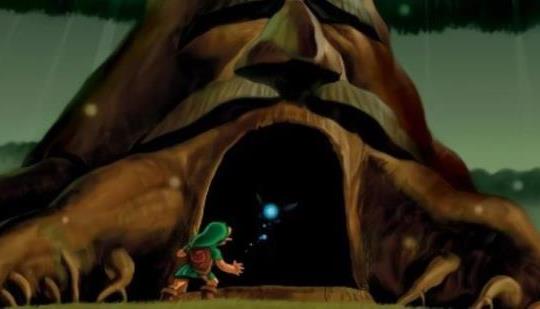 VGChartz's Evan Norris: "I distinctly remember waiting with great anticipation for The Legend of Zelda on Nintendo 64. I recall pouring over the 100th volume of Nintendo Power in late 1997, not only for its list of the top 100 games of all time — Super Mario 64 for the win! — but for its preview of what was called at the time simply Zelda 64. Within the article, which screams "GANON'S BACK", producer Shigeru Miyamoto explains that the game's world "is a size that would be difficult to cross in an entire game day." Three months later, in December 1997, Nintendo Power volume 103 arrived, and with it came 100 screenshots of Zelda 64, along with more insight into the mechanics, graphics, and gameplay elements of the hotly-anticipated title. At that point I was hooked."

Solid game, but I can't help but think of how much more fun it would be to play if the N64 controller wasn't such an abomination

People mistake the N64 controller against its actual purpose.
Games were just going into 3D.

The three prong design was to offer both a proper 2D and 3D holding style, depending what game you played.
When 3D officially took off, the whole point of the controller was rendered mostly moot.
Yeah, they should have then made a controller that more focused on 3D, but hindsight is 20/20, and they were being forward thinking when they were actually designing it.

This is why emulation is great.
Nothing like playing old school games on a modern controller, with high fps/resolution.

Retro Respawn – The Legend of Zelda: Ocarina of Time