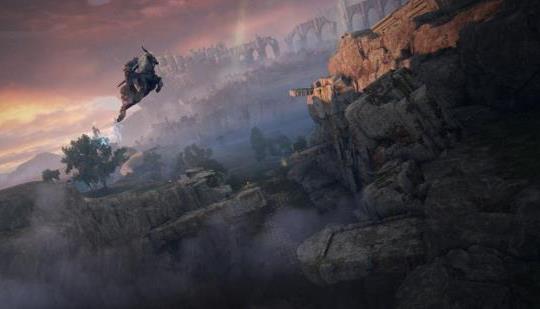 Elden Ring Network Test Impressions: Is It Worth Pre-Ordering? - The Game Crater

Jayden Hellyar writes, "As someone who has never been a souls fan, the Elden Ring Closed Network Test has been one of my favourite video game experiences this year."

After watching the DF analysis, From Software has considerable work to do on both current gen consoles, more so on Series S|X. If they manage to address its technical problems it has the potential to be a GOTY for next year.

What are you talking about? The network test is between 45-60 fps in performance mode. Anyways, no one's playing this on Xbox because it's not on gamepass.

That's why having a bit of an overkill gaming PC makes life a bit easier. It is a hefty price tag to pay, but it does result to much less worries when playing latest games. It should not be like that, however, and I do hope From Software will sort out the performance for consoles. Unfortunately given their resources, I think they'll do a patch or two, and after that focus on DLC. This will end up like DS3, uneven performance mode on PS4P.

I hope in the background they are working on their next-gen engine, one that is tuned to 60fps rather than hardcoded to 30fps like the existing one. Should make it easier to port and fix the frame-pacing issues. Given their talented art work department, they don't need the latest effects and tricks to give games a great look, but they should focus on the performance a bit more than fidelity.

If your a fan of the souls genre, then ofc. People from the network test love it.

No game (that is not some limited edition) is worth preordering, ever. Period. People should really learn this.

The site I order from always delivers a day early so pre-ordering has some merits. Having said that, I pre-order rarely anyway.

Now that I think about it, I think you are right. Games are a better experience after 3-12 months worth patching, and during that time they are cheaper as well. And not by a small margin, some games go to 50% of price within 9 months. In some cases, Nintendo games can be worth it, though. They are often very polished and selcom come down in price, at least not within a year.

Unless there is a discount for pre ordering a game, it's never worth it.

Best Games to Play to Get Ready for Elden Ring