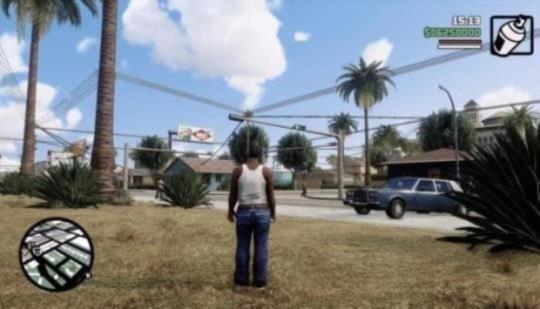 Modders QTmodz and Instanity666 have released the first HD Texture Packs for Grand Theft Auto: The Trilogy - The Definitive Edition.

Adhttps://www.youtube.com/watch?v=R7HhyEZ2HRo
- Comments (14)+ Comments (14)
TopNewestOldest
Expand all
The story is too old to be commented.

Team already working on a multiplayer mod too like the original.

Modders should stop "bailing out" "AAA" game developers, especially when these so called developers enact a witch hunt on these modders once a while...

Bethesda has been doing it for years with Skyrim

What’s the point? Rockstar are already on the case after their apology.

Rockstar, is that you?

How that boot taste? You’re giving this way too much credit for this turd. Rock Star isn’t going to pour in the work. In that was the case they wouldn’t had pawned it off to Groove Street Games.

Modders doing massive improvements which only took a couple of days. Meanwhile, GSG would probably take a couple of months to release a major update which would still be inferior to mods.

the fact that they released it in such a bad state with barely any optimization if at all is a huge slap to the face to the fans, gamers in general and the franchise legacy as a whole! not even 4K60fps on the SX and PS5 with THAT gfx is an insult IMO. Nintendo didn't do much for the 3D Mario collection either but at least those 3 games work! and talking about the Switch...what else can we say? John at DF even said it's like the original PS2 version feels better in gameplay.

if you're gonna be lazy and sloppy with it, don't release it at all!

Rockstar idiots, just open a hole, get in and stay there for the rest of your lives. Useless pieces of [email protected]

A new Donkey Kong Country is the game 2022 needs