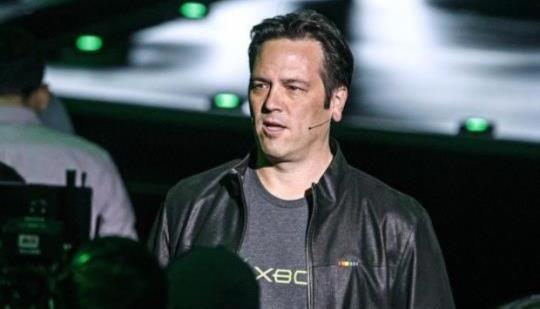 Xbox head reportedly reevaluating the relationship of Xbox with Activision

Head of Xbox Phil Spencer is reportedly "reevalauting" the relationship of Xbox with Activision Blizzard, according to a new report. This follows comments made by Sony Interactive Entertainment CEO Jim Ryan.

Good on Phil and Jim for this, good leadership.

Who cares, really!! as a gamer ..a good fun game is all that matters, nothing else nothing more.

as a person who wears clothes, all I care is a nice shirt. Who cares if some children had to make these just to get food or got hurt in the process. Nothing else nothing more.

You're actualy a Piece of garbage! just straight up

Honestly... Bobby Kotick gone is 100% good for gaming and gamers. Activision has ruined the industry with their scummy business practices, both for their employees and the consumer.

I think from all the articles that it is safe to say, a whole lot of people care.

Oh look at all the pretenders crying out, at least I’m the only truthful one here.. yes I’m a gamer and only care about games.. doesn’t mean I agree white all the dramas of what’s going on behind closed doors… but it’s none of my business.

LucasRuinedChildhood61d ago (Edited 61d ago )

Whether or not Phil was just "following Sony's lead" is something we will never know (Sony and MS's emails could have been sent to their employees around the same time and one could have been reported first), and honestly, it doesn't matter.

It's great that both Sony and MS are putting pressure on Activision to remove Kotick, and it's not something I think most of us were expecting.

Bobby Kotick sent a voicemail threatening to kill one of his employees, and his own spokesperson had to acknowledge that it happened while trying to both apologize for it and downplay it. If anyone here sent death threats to their colleagues, we would be fired, and rightfully so.

A threatening voicemail is nothing compared to everything else that's occurred at Activision Blizzard. From the worst predatory business practices, to a sweat shop workplace, higher-ups preying on females, and publishing bland iterative games.

Good on you Phil we need more companies to follow suit.

All political and trying to keep faith. These are no different from cancel culture bullshit. It's just some dude at Activision trying to take Bobby's spot. This isn't about sexual harassment or what is right/wrong... this is all money related. Shareholders wouldn't say shit if the new Call of Duty was the highest selling in the series

LucasRuinedChildhood61d ago (Edited 61d ago )

Not true. You have it the wrong way around. The shareholders are the people most strongly defending Kotick and who aren't yet buckling, which Sony and MS are trying to pressure them to do. He has a good chance of getting through this specifically because most of them have his back.

The main group complaining are Activision's employees, and for them this IS about sexual harassment and worse (suicide, rape). It's not like some shareholder told them to do that.

For the platform holders it's about PR and relations with their own employees. The confirmed death threat to his own employee is a big deal.

The fall of a titan. This is probably the biggest fear of a company and we're witnessing a nightmare coming to life. I expect those exclusivity deals that SONY has to not be a be a thing for the next COD as they start to distance themselves from Acti. A huge change is coming for them and the company might end up being unrecognizable in the future. An example for all who treat their employees as just cogs in a machine

This better not mess up Diablo 4

They just need to continue business as usual.

You know you are corrupt when Microsoft doesn't want to do business with you.

But Call of Duty makes Microsoft so much money that they dont wanna stir the pot too much but going after Activision makes them look good from a business standpoint.

Really, Jim Ryan was the first to do this, when Microsoft saw that he wasnt getting all this flac, true to Microsoft form, Microsoft follows when they see theyve seen someone else jump in and theres no sharks---- its just what Microsoft does, theyre industry followers, not leaders, and Jim Ryans even got screws loose and is sabotaging everything Kaz Hari and Jack Tretton worked so hard for, that fast.

Microsoft are among the extreme liberal, Sony (Japanese based) very much so too even so based out of the MOST LIBERAL US CITY IN THE COUNTRY arent much better sometimes, but its good business to attack in times of controversy.

"You know, some of my industry collegues and friends tell me that nothing makes their editors day like controversy and bad news (speaking of the PlayStation Network Outage which turned out to not be that big of a deal and life moved on) so to all of you I say 'You're welcome!'". - Jack Tretton Sony E3 Press Conference.

Following Sony lead? Sony are in bed with a company that protects sex pests, chauvinists & liers. Sony paid millions of dollars to keep content away from PC & Xbox players, All the while Activision blizzard kept abusing their staff. Watch a few Jim Stealing vids. Phil realised years ago that AB like Ubishop are scum bags. And yes I spelt Ubishop right. That's all they do, tac a game onto a shop. F**k Activision blizzard, f**k Ubishop, Sony need to up their game & join Xbox in the modern age. Toxic companies lay together.

Yeah, they are shocked to hear about this for the first time...

So, what are they trying to make it so we can’t get any games from Activision on these consoles? I’m sorry, punish the people who acted wrong, why do consumers have to lose out because of scumbags?

Of course he would say that