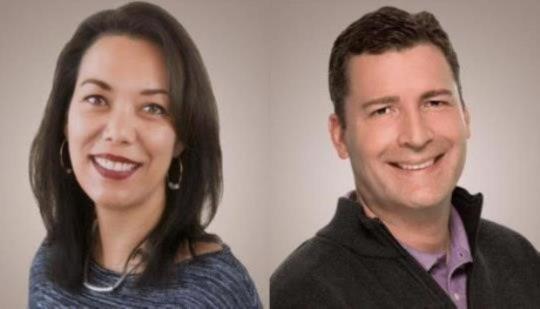 From IGN: "Amid yesterday's explosive allegations that CEO Bobby Kotick was aware "for years" of abuse at Activision Blizzard, additional reports emerged that former Blizzard co-lead Jennifer Oneal wanted to resign in part due to issues that included being paid less than her male counterpart, Mike Ybarra. Ybarra has now told Blizzard employees he and Oneal asked for pay parity together, but Oneal says she was offered an equal contract only after resigning from the role.

Yesterday, Ybarra responded to allegations in internal messages separately confirmed by multiple Blizzard employees. The messages, screenshots of which were viewed by IGN, were posted in a public Slack channel and directed to Blizzard employees."

Adhttps://www.youtube.com/watch?v=_iUAHlmkvuE&feature=youtu.be
- Comments (23)+ Comments (23)
TopNewestOldest
The story is too old to be commented.

Is the resume equal as well?

Would you question her track record if she was a man? Also she has just as much experience as her counterpart

We question men's track record all the time.

People bitched about Heath Ledger being the Joker due to his resume filled with teen movies.

And no one will be concerned when Amy Henning is the writer of a game due to her resume.

So asking for track record is standard and there is no need to scream sexism right off the bat.

@VersusDMC Ooph. They should, tho. Amy Henning helmed Uncharted 3 solo, and that game's story is a trainwreck. Uncharted 1 and 2 had the help of Bruce and Neil. Also, she was fired because the story of 4 was subpar. Not a very shiny example you gave there.

It doesn’t matter. They were Co-Leads. Not Pilot and Copilot.

I also don't get the fact that there are people who actually believe that everybody in the same position should earn the same, no matter how well they perform, how reliable, how motivated, how skilled they are, how many sick days they take, how much time of their live they are willing to spend for their company and one of the most important HOW WILLING THEY ARE NEGOTIATE BETTER PAYMENT.
These people rather cry out because of the "unjust" gender wage gap right away instead of factoring in first if some of the things i mentioned above had influence on what a person makes.

If in theory the male and female have exactly the same or the female is overall even more qualified, it is unfair (objectively speaking) but that problem is solved by the point i made in all caps - negotiating. It's either putting up with or not agree to the working contract by demanding better payment or quitting (what she did). Imho each and every single person's salary should be rated by what they bring to the table and not by a standard pay.

Do they No. Should they Yes. There's little to no reason that two people qualified to work the exact same position should have a huge discrepancy in pay, but it does happen. Now I can understand there being a difference based on bonuses / commission / or raises based on how long one has been on the role over the other, but base salary should be somewhat standardized.

Anything else is just companies (specifically greedy corporations) doing what they do best, and this is why organizations don't want people discussing pay, and put the fear and taboo into the work culture of not letting people know how much you make. People think they have to keep is a secret which is a foolish thought process, because all that does is cause lower pay for everyone.

They were working the same fucking position dude, like come on

N4G enough of these ads unmuted at max volume omg !

I like to listen to music while reading an article and having to stop the ad to resume the music is definitely annoying! You're just making me hate whatever product you're advertising!

AdBlock is your friend. Seems like sites have reverted to the early teens days of having some random video ad Play. Best is when you scroll past thee video and it decides to take up half the screen

Stuff like this is why I use apps like Hermit to visit sites like N4G. It turns N4G into a web app on my phone, with complete ad block.

#1. People in the same position do not always make the same amount of money.
#2. Both of these employees were still making the same salary as they were prior to the promotion. It isn't like Ybarra was given a raise and she wasn't. So, the company didn't even have a chance to adjust anything.

She was complaining about it within the first month. Ybarra and herself asked they be given the same compensation. Activision said they were working on it. Then she goes public with her claims.

I don't want to defend them. I think Kotick needs to go and probably the whole board as well since they continue to defend him. But things have to go through a process and it doesn't appear they were given a chance to do that.

Was this Oneal person aware of the not so humane situation too? Did they all collect nice checks while this stuff was going on?