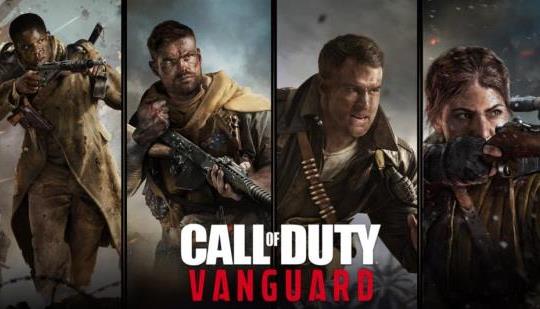 Adhttps://www.youtube.com/watch?v=R7HhyEZ2HRo
- Comments (35)+ Comments (35)
TopNewestOldest
Expand all
The story is too old to be commented.

Everybody hated Cold War so that's probably why the sales are low. Sad, cause the game is actually pretty good.

Even the Cold War fandom is avoiding Vanguard. Most COD players are much more interested in the next Modern Warfare

You're joking, right? This is a bottom of the barrel at this point (even for COD).

Campaign freaking sucks, a bunch of useless dumb no-names (because some diversity hire said that COD (sic!) doesn't have memorable characters); another «super secret squad», that's trying to stop nazis from executing operation phoenix. Know what that means? No one does, you gotta wait for the sequel, i guess. Missions are boring, no improvements or innovations, no interesting mechanics, no cool movement options or plot, just all the stuff you saw 16 (!!!) times already (counting from MW4 original release).
Multiplayer is broken and not fun (spawns are literal shit, you can spawn near enemies; no new interesting modes; TTK is as low as it ever was). They freaking sell you masterwork weapons for preorder, this is just beyond bad. And as a selling point, they sell you XP booster packs in Ultimate edition and battle pass. In $70 game.
Zombies are so barebones, that it's insulting (just 3 mini-mission types! No easter eggs, no nothing, they didn't even animated dialogues).

People who are buying this shit (sorry, i can't call this any other name, "mess" sounds like a compliment at this point) are the problem. They're to blame why this obsurd monetization and barebone games that miss essential features, are keep getting released.

Well I'm talking from the perspective of a competitive FPS player. If you're a casual, maybe the game isn't for you. But from a competitive standpoint, it's the best CoD multiplayer in years. It still has a few balancing issues with some of the weapons but that's normal for a CoD launch. Once that is all figured out, this game will thrive. Warzone has pretty much destroyed the interest in traditional CoD multiplayer and CDL but I legit think this game has a chance to bring it back. And maybe while this game didn't sell that great at release, I think it'll have legs in the long run because of the word of mouth of people that are actually playing it. Streamers and CDL pros have a lot of influence, and I've not seen one of them say that this one is bad, actually it's the opposite. All of them are raving about how much improved the game is over Cold War.

on the other hand, i love the MP in this version. I finished the campaign last night, it was fun, but really dumb and painfully shallow, like a marvel movie.

I have played both, and not a fan of either at the moment. I was banking on BF but it feels like a very barebones product. Not sure why they had to delay their release date with the content they delivered. Vanguard feels bare as well, partly because we’re back in the stone age with WWII again.

I doubt it. That game isn’t looking great either.

Yeah it’s the worse battlefield I have played.. there is no soul or atmosphere like previous games and it’s not satisfying to play.. I won’t be buying it I might get it later down the line only because of portal the only good thing about it..

I bought it and its bad. i was super excited for the old updated maps, only to realize that the current generation of gamers are too mentally inept to figure out how to play cohesively and strategize. the new maps/game is the worst part about the new game. Its just a big buggy mess.

BF2042 is a disgrace to the series. its a buggy mess the likes of which i havent seen since BF4 was unplayable for 4 months.

I usually buy it because it’s the only game ALL of my friends play. I think they all moved to war zone though (which I still haven’t tried). I skipped this one and will continue to skip until they fix their f***ing file sizes. I refuse to comply with such shit practices anymore.

This game doesn't do anything new and some how does it worse. It's clear the Modern Warfare 2 is what everyone is waiting for.

It's because they are clueless. 1 way to get Cod back. Sell Campaign and Zombies separate. No point having MP in the games now with Warzone. They need to out more effort into it and stop been half arsed. The state these Cod games are in now is atrocious. I use to really look forward to a New Cod, now I have no interest.

Nahhh because you know that activision will charge $70 for each mode if they go that route.

*pops cork on champagne*
Cheers lads, things are starting to look up.

Seriously though the game is £58 for the PS5 version in the main cheap supermarket, Asda. Not too long ago, games were £40. RDR2 was the first game I saw in shop at £50 and you could almost justify it with it coming with a data disc. But this jump is crazy.

Cold War was horrible, but that's not the reason. The only reason is warzone, warzone has taken all the thunder and most people don't care about Call of duty yearly realeses anymore, everyone wants Warzone now and it's also free to play.

Yes Cold War was unplayable for me so I didn’t buy it got vanguard which is a lot better than Cold War.. I just think Cold War left a bad taste and it’s affected vanguard.. plus it’s got competition this year last year there wasn’t any

It's just hard to make everyone happy. When they were making modern games people wanted WW2 games and now it seems people want modern again

Black ops series should be turned onto a franchise with Cod name. That brand is big enough and if given enough time we could get some special games

Maybe… JUST MAYBE…. This will convince them to take a much needed year off for new releases.

It’s obvious. I look forward to modern warfare 2 tho.

This shouldn't come as a surprise to anyone. Even if gaming conditions were perfect, this title would struggle as people are growing tired of the regurgitated Call of Duty games. Not only that, but the primary characters are ludicrous. There's a woman soldier, that's selectable, for Pete's sake. That's not historically correct, and it turns people off, frankly.

I bet the big wigs are all scratching their heads. Makes sense, all things considered.

It is not available on Steam and is exclusively available on Battle.net for PC so I think that is the reason for the drop

Agree 0Disagree 0
▼✖-+
SPAMInappropriate
Show all comments (35)
The story is too old to be commented.
80°

Firearms Expert’s Most Cursed Weapons Of 2021