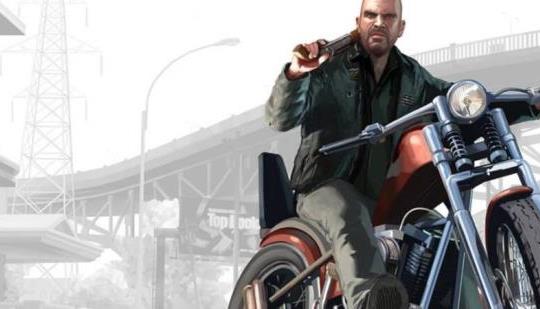 A Take-Two DMCA has hit a GTA Mods website -- and strangely, one of the affected items isn't a mod at all: it's a vanilla save file.

Man ive lost so much respect for Rockstar in just one month. The over-reliance on GTA Online was one thing but this has been horrendous with the complete lack of any new IPs or even general releases, GTA5 remaster state and price, the GTA collection price, no steam release, no physical ps5 release, the state of the port (which is to be expected when you contract it out to a mobile dev), not sending review copies or releasing any gameplay videos, censoring content, the remarkably awful switch release, pulling from their trash PC store, mod takedowns, removing the original and better versions from online stores, etc.

Went from being one of the best developers in the world making some of my favourite games to now being up there as one of the worst. Never in a million years would have imagined all this just a few years ago. What the heck happened to them

You gotta remember rockstar is not calling any of these shots. Take two interactive owns rockstar and 2k games. That's where all these issues are rooted. Take two picked Grove street games, likely the lowest bidder to remaster games they already failed to remaster correctly the first time.
Rockstar does what they are told by take two execs and they do not have any say. So honestly rockstar games reputation is also caught in this horrible mess take two put them in. Even worse when they didn't even do the ports.

There's an easy way around all of this. Move GTA mods website, on the dark web we can use Tor to access it. Trust me it will not be taken down. Far more worse things are still up for years there.

Rockstar is the richest, most successful, highest regarded developer in the world. If you think they don’t have a fair say in who pull the shots you’re incredibly naive. They don’t get told what to do or bullied into doing things they don’t want too.

The most well regarded people within the team, who have spent all their lives there have been quitting one after the other in a short space of time since GTA 5. Don’t know why so many people don’t understand what’s going on there with all the blatant signs over the last several years. It’s a company that’s quite clearly falling apart. It’s just a question of why??

I feel like I say it on almost a daily basis over the last few months but Rockstar are no longer the devs we know and love. They’re not even a shell of it!

XxINFERNUSxX66d ago (Edited 66d ago )

There's only so much GTA I can torrent LOL. And I sent so many emails with torrent links to Take-Twos email and said to them "Just keep on doing what your doing with your shit take-downs and I'll keep doing what I'm doing in this email, and you cannot do anything about that now can you? I'm in for a good laugh just try to take down all these torrents, you lose I win" Hmm, my shit list is growing so much with these companies, EA, Blizzard, Take-Two, etc. 🤣