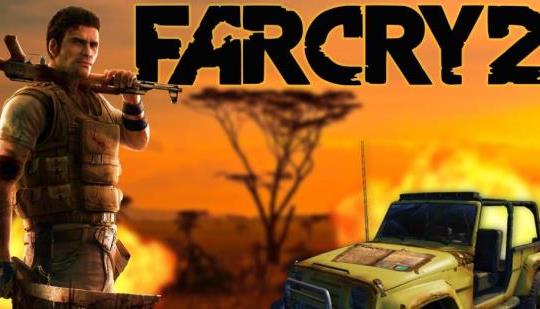 Faceless Gaming's Greg Segal writes: Why Far Cry 2 is Still the Superior Game of the Franchise.

facelessgaming.co.uk
- Comments (26)+ Comments (26)
TopNewestOldest
Expand all
The story is too old to be commented.

Yeah I loved getting shot at or run off the road every 10 seconds.

...and taking malaria shots in between. :D

The game was pretty amazing. I remember the random unscripted nature of the game, I was driving away from bad guys then got malaria attack, crashed into a tree. Hid, took my pills. Shot, fixed my car and drive away before more bad guys showed up. It was intense, to make sure u did missions to get the pills while completing the main game. Remember taking down a huge enemy gas tank from a mile away with tons of enemies at the fort. Shot a rocket and they all mobilized to my position. But I just drove off before they could. This kind of game you make your own memories, too many games now a days script everything. Just cause is also great in the same regard

Definitely not. Remove your nostalgia glasses and replay it to see why. It did a lot right, but what it did wrong truly ruined the experience that you definitely can get with a few of the others since then.

I replayed literally last week and to me at least, is still my favourite, the atmosphere does it for me the most

Is it really that fricking hard to respect someone else's opinion? Or at least if you won't respect it, then at least give valid arguments instead of just hating for no reason.

All it had to do was tone down the malaria episodes and enemy respawns. Seems like some pretty minor inconveniences when it made for the most immersive and atmospheric far cry still to date. What has the newest far crys offered? A pot burning mission to some raggae with terribly stupid ai? Gimme more of that far cry 2 vibe

The handling of respawns is not a minor inconvenience. It's a core element of the gameplay that affected every aspect of the game. It's also my biggest gripe with Far Cry 6, which isn't as bad as Far Cry 2. It's insanely stupid to stop one medical vehicle and then to see them continually spawn new enemy vehicles one after the other. It doesn't add to the story, doesn't make it more challenging, it just wastes time, and does it in the laziest of fashions.

Don't get me started on the insane respawn on certain areas, such as the airport, if you go there outside of the story to collect chests. In a game that preaches exploration, to put up respawn silliness as a barrier makes no sense.

The fire burning and Africa was cool, but the outpost system was horrendous and enemies litterally respawned by just doing a 360 in place.

Also gun jamming was cool for like the first 10 minutes.

Definitely the highpoint of the series. You were completely immersed in the environment and there was no pausing the game to look at the map or to instantly fast travel to anywhere. But hey - Far Cry 3 had Vaas who you fought as a quicktime event in a FPS, Texas holdem, and the ability to hunt animals to craft a backpack to hold more animal skins so you could craft a holster instead of just taking one off of the many people you kill.

Was nice for its time.

Not better than 3 imo.

Far Cry 3 was the best game in the series and the last game I enjoyed. After that the franchise went downhill.

Same goes for Assassin’s Creed. I enjoyed the series up until Black Flag. After that it’s just more of the same and not interesting anymore.

True. The last good Ubisoft AAA game I've played was probably Watch Dogs 2. Tried the demo for Legion and it seems like an abysmal, soulless shell of a game, like most Ubisoft franchises nowadays.

AC2 Revelations though? That was hot garbage. And Syndicate and Origins were way better than Black Flag.

I agree, not with the Far Cry part because I didn't play 3, but with the Assassin's creed part.
AC 3 was not a masterpiece, it had flaws but Ubisoft fixed that in Black Flag, then Rogue came and it was the same as Black Flag, it only had small differences. Maybe Syndicate and Unity were also good, mainly because of the movements, but it kept the essence. But in Origins and Odyssey the franchise was extremely different, it didn't feel like an AC game at all.

3 did some stuff better, but also some stuff worse. Playing it made me miss the relentless AI, weapon degradation, interactive map, buddy system, extensive player animation set, and environmental destruction of 2. Also wasn't a fan of 3's end game where if you clear out all the enemy outposts you're pretty much stuck only fighting animals, boring.

The atmosphere was certainly the best in far cry 2 the world was much more harsh gun jamming brutal animations death at every corner compared to 6 where after three hours I was a one man army.

But checkpoint respawns really killed it for me and made it a huge chore.

2 and 5 remain my favorite of the series. A lot of people like 3, but it's hard for me go back and play nowadays.

It accomplishes immersion better than any other title but we shouldnt overlook its copious flaws. I would love a remake so long as they keep its core intact.

This is unpopular but the feature I miss the most was weapon degradation. Having your gun break or jam in the middle of a fight led to some tense moments of finding cover while you clear the jam or scrambling to grab a gun off of a fallen enemy. It turned an outpost from a chore into a memorable moment.

Plus, if you dont want your guns to jam you can just grab a shiny new one from your growing armory every time you swing by.

You had Devs that cared about quality vs micro transactions.

Besides the malaria and infinitely respawning enemies if camps you already cleared, i somewhat agree. The level of interaction with the environment, and gritty atmosphere, also using wounded enemies to draw out other enemies was so satisfying. But i'd say it ties with 3 for me for different reasons. 3 was just such a smooth responsive satisfying experience, but not having vaas be the main villain was a huge mistake imo

i'm wondering if people actually played FC2, it was hella boring. Sure the physics were nice and the environments were cool, but there was barely anything to do in the game.

Disagree. My gun always jamming along with the constant malaria interruptions, got stupid fast.