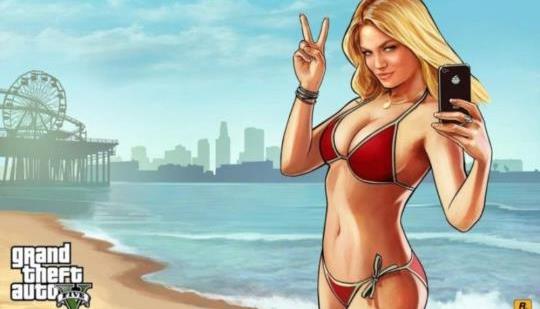 And people wonder why a game from 2013 is getting ported to next gen systems and is still being milked and why there is no GTA 6.

Exactly. These companies are in it for the money and if you think they care about giving you new content your delusional. The microtransactions are giving them the profit they desire, so there is no reason to spend the time, money, or energy to put out something new right now.

Or it wouldn't have been released because you know there's this thing called Red Dead Redemption 2 that took 6 years of full production with 1,600-2,000 developers working on it, basically the combined workforce of Rockstar Studios.

The real reason is that no other open world game comes close to the depth and complexity of GTA V.

Red Dead Redemption 2? I’d say that beats it in the depth and complexity department.

Duke Nukem Forever did it much better

@jBlakeeper I meant other than from Rockstar.
Basically they have no competition in the open world sphere.

Recent rumours point to GTA 6 being in a state of development hell it's being worked on but has been taken back to the drawing board a few times because it wasnt good enough.

This is the pure reason where there is NO GTA6 anytime soon.

I imagine GTA 6 is in full development. The success of 5 gave Rockstar the freedom to make RDR 2 as they wanted but GTA is their cashcow. How GTA Online's success will influence 6 remains to be seen but I imagine it will come this generation at least.

I read on PS Lifestyle that GTA VI was in a chaotic state & that it was 2020 when it finally went into production because it was scrapped so many times before. It states the game may not release until 2025. https://www.playstationlife...

I wonder what enhancements Rockstar will add to the PS6 release.

I have no idea why people still play this. So boring and outdated.

It's fun but what killed it for me was the matchmaking/game-mode flow and load times. I think PS5/XBSS/X fixed load times? 60FPS 4K(Or at least solid smooth 30fps, almost no load times, and better matchmaking would make it a lot more enjoyable for me.

That's the GTA series in a nutshell to me

RDR2 absolutely amazing game, hope the sales for that game keep going up!!!

Gta V on the other hand can crawl up into a ball and die!

There are often times where buying a new copy of GTA 5 with the included online in-game currency costs less than buying the in-game currency stand alone. This I imagine counts for artificially inflating a pretty substantial amount of sales by all those whales hooked on GTAO. I don't think RDR2 is ever going to compete with that given it's lack of online success (by comparison). Still, 39 million copies for RDR2 on a single console generation is nothing to sneeze at

Just wait for the remaster on the PS6 in about 7 years.

Neither has my dad or my uncle, so what?

I probably won't buy it til it's more mature. Maybe when it is revamped PS6 and Next XB. /s

Never played either and never will.. but I bought Doki Doki Literature Club Plus 4 times since July.

I find it hilarious that they are going to be re-releasing these games again instead of just giving us the framerate increase. 2K man… they just wont throw anyone a bone.

Are these articles about GTA5's numbers still relevant? It's stupidly high numbers that at this point means nothing apart from "this game won't die anytime soon". The people who still play it are the ones to blame for not getting a sequel even though they whine about it.

I reckon it's pretty unrelated. Think of RDR and RDR 2 as sequels alongside GTA 4 and GTA 5, because in terms of developer commitment, that's what they are. Whether it's the game you want or not. Just like Oblivion, Fallout 3 Skyrim, Fallout 4, Fallout 76 are the major projects that particular studio was working on. In that case we're going to have to wait for Starfield before we get TES6. It's been 3 years since RDR 2, and while they would have had pre-production well in swing before that point, after RDR 2 that's when they're going to put all effort into GTA 6. The level of standard they have set for themselves with a game like RDR 2 is insane and that released 5 years after GTA 5. I would not expect GTA 6 to release before 5 years after RDR 2, though I'd love to be pleasantly surprised.

nah, War Drum Studios (rebranded to Grove Street Games) have been working on the trilogy remaster. They're basically a port studio. And yeah there's going to be some devs soaked up in maintaining and updating GTAO but this late in the game I reckon they're entirely different job roles. The devs working on GTAO have probably been staring jealously at the the other teams who get to work on new titles for the last 8 years. Quarantined in some little office cubicle I imagine with the spark of life long snuffed out while they program some new game breaking hovercar or whatever.

I am sick of seeing this idiotic bullshit that Rockstar haven't made GTA VI because of GTA online. GTA VI isn't out yet because all of Rockstars studios were working on RDR2 over an 8 year period. Rockstar don't have unlimited resources. It would be great of they at least acknowledged they are working on a new game, not that it would change peoples minds

The Top 100 Video Games of All Time

Red Dead Redemption 2: Who is the Strange Man