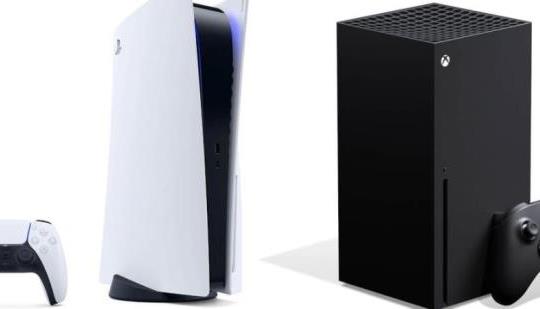 The US Copyright Office has passed a limited Right to Repair rule allowing gamers to repair their own gaming consoles, but only in certain circumstances.

Changed from Pending to Approved
Community91d ago
- Comments (10)+ Comments (10)
TopNewestOldest
The story is too old to be commented.
91d ago

Knightofelemia91d ago (Edited 91d ago )

You can sort of repair an optical drive in an Xbox replace the laser yes but the whole drive no since it's married to the board. Right to repair should be allowed but companies like John Deere or even Apple don't want you to. I watched a few documentaries of farmers having to hack their own tractor or combine just to fix the machine and read codes off the computer. Costs money to load that thing on a truck and haul it to a John Deere dealership. With Apple everything is married to the phone even if you reprogrammed a part or swapped a part the phone throws a shit fit and locks out certain features. Apple has gone out of their way to design their shit to its unfixable from an Iphone to Ipad and their computers. They claim you have to be certified to fix the product which is a crock of shit. They just want you to bring it back to them or they want you to buy a newer product. Bring back said broken Apple product they can make more cash fixing that product. I would buy an Iphone but nearest Apple store is an hour and half away from me each way waste of cash. That's why I just use cheap android phones where they can still be fixed and not throw a shit fit when new parts are added or throw a shit fit when parts are swapped. I believe in right to repair if you know what you are doing or send it to someone who can do the repair not a trained professional my ass. Third party companies can do a better job then the day the product was built. But then you run into idiots who claim they know what they are doing and screw the product up even worse always research a company before you have them repair something of yours.

It really should be an illegal practice. Saw a video on the newest iphones. They have it locked down so bad that if you even swap ribbon cables, RIBBON CABLES!!, the phone freaks out and locks out features. It's designed to become trash if any component breaks period.

Knightofelemia90d ago (Edited 90d ago )

Hence why I said everything in the newest Iphone was married to the phone only one who could do the parts swap and programming is Apple. It should be illegal if I can save the money on gas to go to the Apple store and have some place in the mall to do the repair I would do it. I don't live near an Apple store and shipping shit to an Apple store is also a pain in the ass. Hence why I use cheap Android phones that can be taken to the mall and be repaired with out the phone throwing a shit fit because of a part. Samsung some of their higher end phones are also starting the Apple trend of marrying shit to the phone. I always watch Tronicsfix and Hugh Jefferies on Youtube when they repair stuff. Hugh Jefferies is pretty good at phones and tablets. Hugh Jefferies bought two Iphone 13's when they came out and was swapping parts between the two phones. And the phones were locking out features, functions and throwing shit fits because of the parts swapping. And Tronicsfix will buy a huge lot of say broken PS4's, XB1's cameras and tries to fix them. The right to repair will tighten up in the coming years where you will have to take you car strictly to Ford to get them to fix it. Apple just does it because they know you will buy a new product, they know you will have to pay them to fix it. A lot of it is because people are comfortable with their current phones and don't want to upgrade their phones every 2 years so Apple has to scheme some how.

Thats Apple in a nutshell. Plebs love being chained to an ecosystem it makes them feel safe.

Obviously phone components should be replaceable, not just by a "Genius", but by anyone skilled enough to. Personally I think all phones should have a USER replaceable battery. If apple or samsung have to add 1 or 2 mm onto their phones to make that happen so be it. Hell, maybe it will help their cameras not to stick out so much

I know I'm dating myself a bit, but anyone remember when Compaq and Dell did this kind of shady stuff?

You guys need to read up on Sonos products.

Well that's a start I guess.

23m ago
Opiniontheouterhaven.net
140°Heating Up7

New Games with Gold for February 2022