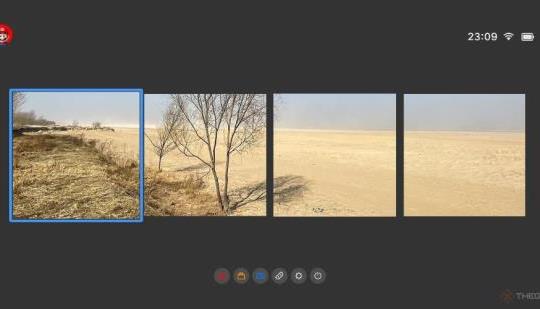 Does The Nintendo Switch Have The Saddest Home Screen Of All Time?

There are no themes, no music, and no point to the Nintendo Switch home screen

Adhttps://www.youtube.com/watch?v=_iUAHlmkvuE&feature=youtu.be
- Comments (29)+ Comments (29)
TopNewestOldest
Expand all
The story is too old to be commented.

Honestly, it's a tie between Playstation and Nintendo. Xbox has both easily beat. I don't care how many downvotes I get. It is the truth.

“Xbox has both easily beat. I don't care how many downvotes I get. It is the truth.“

Xbox is ok but nothing exciting. Switch is just basic as it gets but fast and functional. Still wish it had themes and music was back in the eShop.

No, Microsoft updated its dashboard to 4K, in an update a couple of months ago. The UI is the most user friendly, of the 3.

Xbox dashboard is easily the greatest...even if not yet 4k

I cannot even imagine in 4k

LordoftheCritics97d ago (Edited 97d ago )

Xbox home screen is useful and kinda cool in many ways but bland over time.

Nintendo home screen feels like its in factory settings/not yet released product.

I think you nailed this pretty well!

Ps5 dashboard is a mess...ps4 version is far better

What's the mess with PS5s UI not dashboard. That's MS lingo.
PS5 has an extremely streamlined menu. It's only thing is moving everything non gaming to the quick menu which at first was weird but now I think is fantastic. It's UI is good without any glaring issues, while MS' is good without glaring issues now that I can think about. Outside system controls switching between HDR and SDR if that part was true.

you forgot j/k at the end of that post. I love my Series X but the dashboard and OS are easily one of the most cluttered and ad heavy I have ever seen. Really not a fan of it. The PS5 dash is simplistic, 4k and HDR all the time and out side of the dock being a bit cumbersome always feels easy to use and high tech. To the original statement for the article....yes the Switch OS is the saddest thing I have seen 90's flip phones had more going on

PS5 home screen is probably a bit less intuitive than Xbox Series X's, but it does have a more pleasing vibe.

Overall, way less movement and actions on PS5 to do most actions gives it the win for me. Less advertisement on the landing page as well.

I have to disagree man on the XBOX front. I'm not a big fan of Xbox, but at least Microsoft gives you the ability to customize your home page for the most part including backgrounds and in the games list, you can put things in folders and group as you see fit. As well as put specific games on the home page that you play the most.

Neither the Switch or the PS5 allow you change the background or put games in folders. On the PS5, you can't customize the game order, which on Switch, you have a few order options.

So in terms of usability/functionality/and aesthetics I would put them in the following order:
1.Xbox One X/S
2.Switch
3.PS5

Sony needs to step up their game.

I can't imagine being such a hardcore fanboy that I'd sing the praises of a homescreen. Keep it classy.

Simple and to the point what's wrong with that?

Because it's simple and to the point, but still runs like shyte and doesn't even include a way to message friends.

@Dekux12 You'd receive far fewer of those messages if you would stop adding them to your friend's list.

Probably, but I barely spend any time there unless I'm selecting my game. It's basically a launcher to me.

I like how simple it is. Reminds me of the PS2 or GCN. You know before home screens got cluttered with game and movie advertisements as you scroll through menus. Do wish I could us screenshots for backgrounds like on Xbox consoles though. Metroid Dread for instance has some nice cinematic moments in it.

BrainSyphoned96d ago (Edited 96d ago )

3DS with Xenoblade Chronicles theme is my favorite with PS4's FFX Zanarkand theme close behind. I'm sick of seeing some random person's face on my PS5 from whatever they are promoting.

Yes the Switch OS is beyond lame. Two color tones and absolutely devoid of anything exciting. That said its likely to keep the base OS from draining the battery, which given thats a big part of the Switch's functionality its probably not something that will ever change.

At least we can finally connect our bluetooth headphones to Switch, a feature that is very sorely missing from XBox and PS.

The fact that you can't customize the background on the Switch or the PS5 is absolutely ridiculous. The PS3 and PS4 were all about themes.

Nintendo has never really been good about customizations, but Sony...wtf man.

Ps5, you'd basically never see the theme anyways so it's not that surprising

PS3 was the master of theming. They allowed user made themes. Unbeatable.
Sony is tripping to remove this ability.

PS3 to PS5 home screens are simplistic, quick and pretty on the eyes, but again, simplistic.
Xbox definitely is better designed but it isn’t as quick and fluid.
This is coming from a multi console gamer.
Don’t care how many Sony fanboys downvote me.
I’ll still live.

OMNO Review: The Only Way Is Up (Switch) - KeenGamer

What we know so far about: Haunted Chocolatier

Atari’s "Breakout: Recharged" is coming to PC and consoles on February 10th, 2022

Take to the skies in Cities: Skylines – Airports