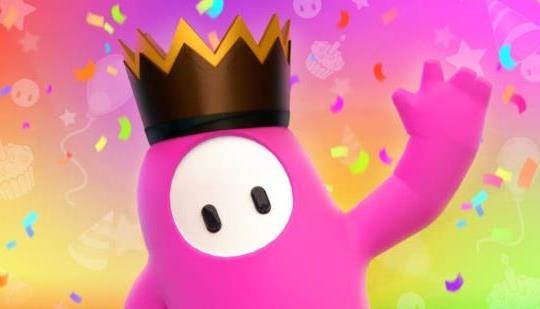 One Year On, Mediatonic Discusses The Immense Success Of Fall Guys | Developer Interview

Mediatonic talks with GameByte on the phenomenon of Fall Guys, the success one year on, and plans for the future.

gamebyte.com
- Comments (8)+ Comments (8)
TopNewestOldest
The story is too old to be commented.

It was a flash in the pan. It had its moment, but Among us Quickly swung in and overshadowed it. The player count is just a fraction of what it was at launch, and even consistent content releases haven't really changed that.

Games still fill up as quick as when it first released so I don't know where you're getting the player count numbers from.

If the games fill up just the same, what does it matter if it only has half the numbers playing that were playing it after release?

I'd still be playing if the trophies/achievements had been thought out a little better.

You answered the first point then ignored the 2nd.

Like I said, if you can get 55-60 people starting the game no problem, what does it matter if there are 1 million people online or only 50, 000.

And the release of Among Us doesn't make Fall Guys any less fun to play.

I'll guarantee that the numbers for Among Us will drop off quicker than fall guys too.

Until the numbers make it difficult to actually get a game going (like MAG on PS 3) then it's actually a moot point.

A fraction of millions is still thousands. Just because literally everyone isn't playing it anymore doesn't mean it's dead and gone. I've had no issues finding games and there are plenty of new maps as a returning player.

As gamers we don't always have to play the game that's dominating the charts to have fun.

I never said games have to be popular to be enjoyed. Hell, I have a couple euro-jank RPGs that nobody has even heard of that I generally really like.

But they're acting like this game is some juggernaut to this day, where that was actually a very short lived window. It's now averaging 10 - 20% of the concurrent players it had when it came out. That's a pretty significant drop in just a year for a game that actively receives updates.
And yeah, they're still solid numbers, but on par with a good number of games that never got that initial huge surge right out of the gate.
Hell, I play a fairly niche online shooter called Insurgency Sanstorm, and it still averages around 3k concurrent players after almost 3 years.
I'm not trying to hate on the game, it's just that a lot of the success came from its boost from being propped up by Sony, and being put on PS + at launch.
As someone mainly plays on PC, games like Fall Guys is a dime a dozen. Many of actual quality. That said, there's so many that many get overlooked and end up in cheap bundles had for a couple bucks.

A good comparison is there are two brothers turning 18, about to leave home and begin their lives. Their parents give the one son two million dollars. The other son nothing. Ten years down the road the one brother is a highly wealthy investor with his own company. The other is celebrating with a couple friends at the local bar for finally making assistant manager at Best Buy after years of hard work and dedication. I wonder if there's a variable there that may have lead to such a drastic difference in end results.

I'm just questioning the narrative of Fall Guys and the devs being this giant self-made success story. They had a large advantage that many never get. Who knows if the would have even been popular enough to be updating it as they have had they not been given all of that visibility and accessibility in the beginning.

That 2 brothers story must be the worst analogy I've ever had the misfortune to read lol.

It may not be the all-dominating juggernaut that it was at launch, but me and my buddies went back recently and there are loads of new maps and matches filled up no problem at all.

It was technically a "flash in the pan", but only in that it went from crazy numbers to just regular number as opposed to going from a normal game to a dead game.

They do events and switch up playlists regularly, this is far from a dead game, I'd definitely recommend jumping in again if you've been away for a while or just want some proper fun.

Agreement Between Sony And Bloober Team Spotted Online, Hints At PS Plus Deal

"Card Shark" is coming to PC and the Nintendo Switch on June 2nd, 2022